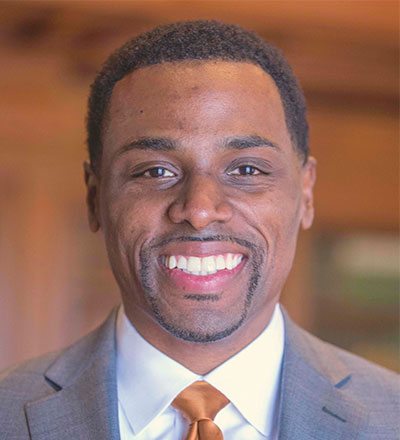 Daron K. Roberts is a former NFL and college football coach and the founding director of the Center for Sports Leadership & Innovation (CSLi) at the University of Texas, the first university-based institute dedicated to developing leadership and character curricula for high school and college athletes. Roberts is also the best-selling author of Call an Audible: Let My Pivot from Harvard Law to NFL Coach Inspire Your Transition. The book was named one of Sports Illustrated’s Best Sports Business Books of 2017.

Roberts has a proven track record in improving management systems and developing leadership strategy in both the private and public sectors. He has been featured in ESPN the Magazine, Bloomberg Businessweek and Sports Illustrated. Roberts also teaches three courses at the University of Texas: Leadership Strategy in Sports, Disruptive Innovation in Sports and A Game Plan for Winning at Life—a course Roberts developed himself and teaches to every incoming freshman student-athlete at the university. During the course of each academic year, Roberts teaches over 300 students.

Roberts is a contributor to Forbes.com, and and his writing has appeared in The Dallas Morning News, Fortune, Houston Chronicle, Texas CEO Magazine and Time.

Roberts holds a bachelor’s in Plan II Honors and Government from the University of Texas (2001), where he served as student body president. He then worked as an aide to Senator Joe Lieberman of Connecticut before continuing his education at Harvard where he earned a Master of Public Policy degree from the Kennedy School of Government (2004) and a Juris Doctor degree from Harvard Law School (2007).

The Harvard Kennedy School of Government recognized Roberts as one of its 75 Most Fascinating Alumni and the World Economic Forum pegged Roberts a Young Global Leader for creating 4th and 1, a nonprofit football camp that provides SAT prep, life skills development and football training to at-risk youth.4th and 1 has served nearly 500 student-athletes in Michigan, Texas and Florida since 2010. 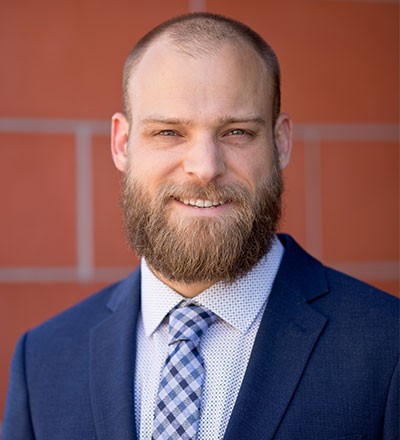 Taylor Brown is a former elite rower and coach and is the Associate Director for the Center for Sports Leadership & Innovation (CSLi).

Brown holds a bachelor’s in psychology from Brown University, where he was a four-year member of the varsity rowing team, and a master’s in sports management from the University of Texas.
After completing his undergraduate degree in 2012, Brown initially pursued a career in sports psychology; however, after spending a year interning at a private psychiatry practice, he felt drawn to the operational and managerial elements of sports and decided to pursue his master’s in sports management at UT.

Brown earned a Texas New Scholars Fellowship, and while pursuing his master’s, he conducted research in the Sport and Development Lab and the Stark Center for Physical Culture and Sport on a wide variety of topics, including sports psychology, sport development, the history of sport and physical culture and more. This experience helped solidify his already strong background in research.

Brown also trained and competed at the elite level in rowing, a sport that he had started in high school. During his career as an elite rower, Brown had the opportunity to train with some of the country’s best coaches and race all around the United States, and even abroad in Henley-on-Thames, England. To finish out his graduate program, Brown wrote his master’s thesis on psychological resilience in sport.

Brown continued to row at the elite level until 2017 when he sustained a back injury and made the tough decision to retire. Redirected and re-inspired, Brown joined the executive staff at CSLi, putting to work his passion for bringing out the best in others.