An exhibit on display at the LBJ Presidential Library called Get in the Game celebrates the legacy of athlete activism. On September 18, an event by the same name and subtitled “a conversation on sports and social change,” which was hosted by the LBJ Foundation and co-sponsored by the University of Texas at Austin’s Center for Sports Leadership & Innovation and the Center for Sports Communications & Media, brought together three present-day activists at the LBJ Auditorium. LBJ Foundation president Mark K. Updegrove moderated the conversation and and introduction was provided by Dr. Michael Butterworth, the director of CSCM.

Panelist Ibtihaj Muhammad won a bronze medal in the sabre competition at the 2016 Rio Olympics, becoming the first Muslim American woman in hijab to compete for the United States at the Olympics and the first female Muslim American win an Olympic medal for the U.S.

A former active-duty Green Beret and member of the University of Texas football team, Nate Boyer rose to prominence in 2016 when he wrote an open letter to Colin Kaepernick, addressing Kaepernick’s protests during the national anthem with a level of openness and understanding rarely seen in politics and in the media.

The third panelist, Daron K. Roberts, inspired by his experience as an NFL coach, founded the Center for Sports Leadership & Innovation at the University of Texas in 2014 with the goal of developing leadership and character curricula for high school and college athletes. 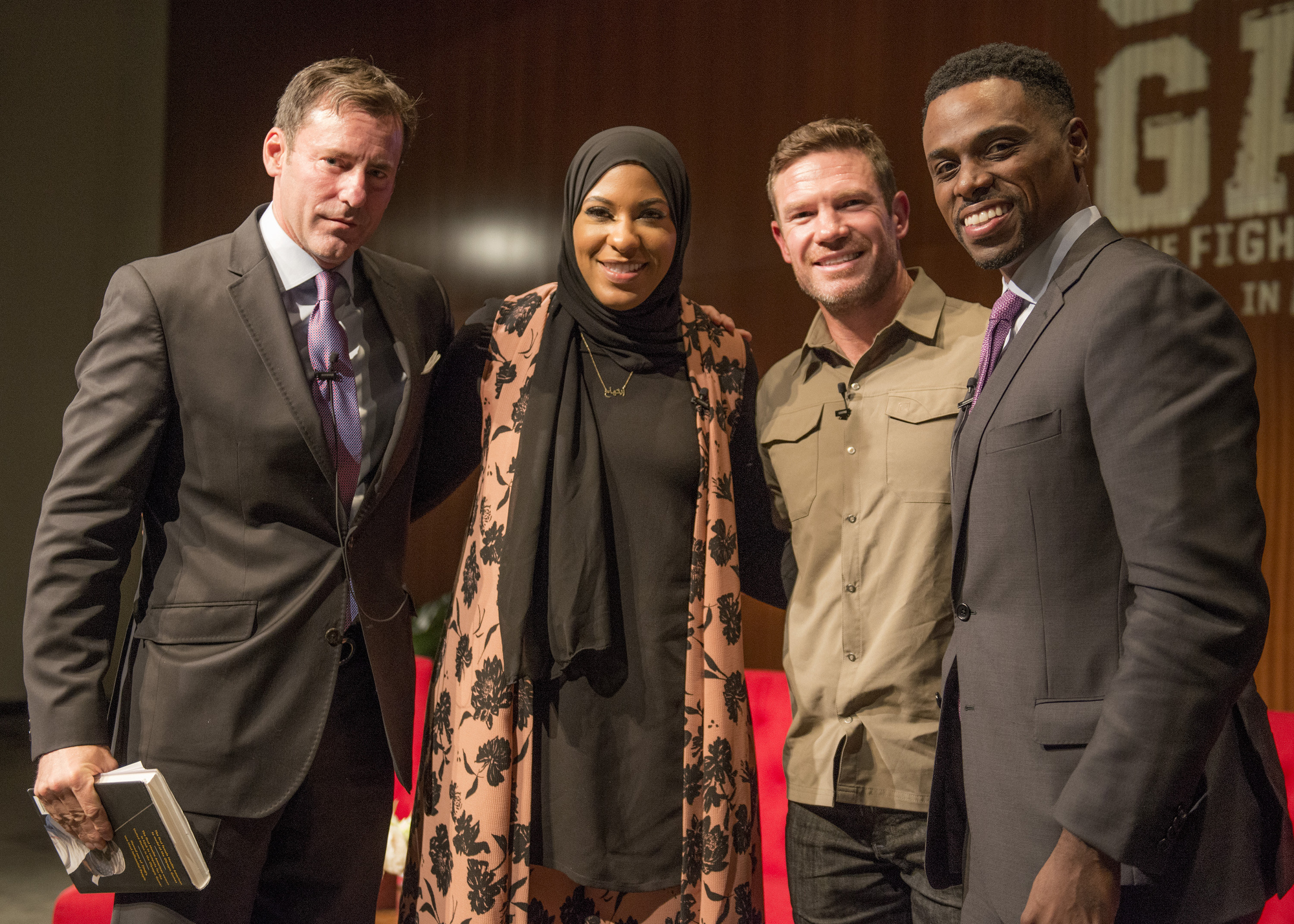 The conversation between Updegrove and the three panelists flowed from discrimination faced by athletes to police brutality to the role and responsibility of athletes in regards to activism and social change. The event, which is available in full on YouTube, lasted an hour and 15 minutes and is well worth a watch, but for a condensed version, here are our 11 favorite quotes of the night.

Ibtihaj Muhammad: “I don’t know if I’m any good at this sport, but I can tell you one thing, I outwork everyone around me and I’ve always been that person. I’m a workhorse at heart, and I love a good challenge. So for the people in my life who served as haters, or trolls on Twitter, or wherever you are, I use that as motivation to push forward and to prove that not only can I do it better than you think, I can do it better than you.”

Nate Boyer: “We all have opinions and feelings and beliefs that are shaped by our experiences, but I think most of us are generally good people and we’re open-minded and we’re reasonable, and our voices are not heard anymore.”

Daron K. Roberts: “I just saw how for very brief moments on a football field, race, socioeconomic status, what grocery stores your parents shop at, all of that flies out of the window and you just have 11 guys trying to execute a play.” 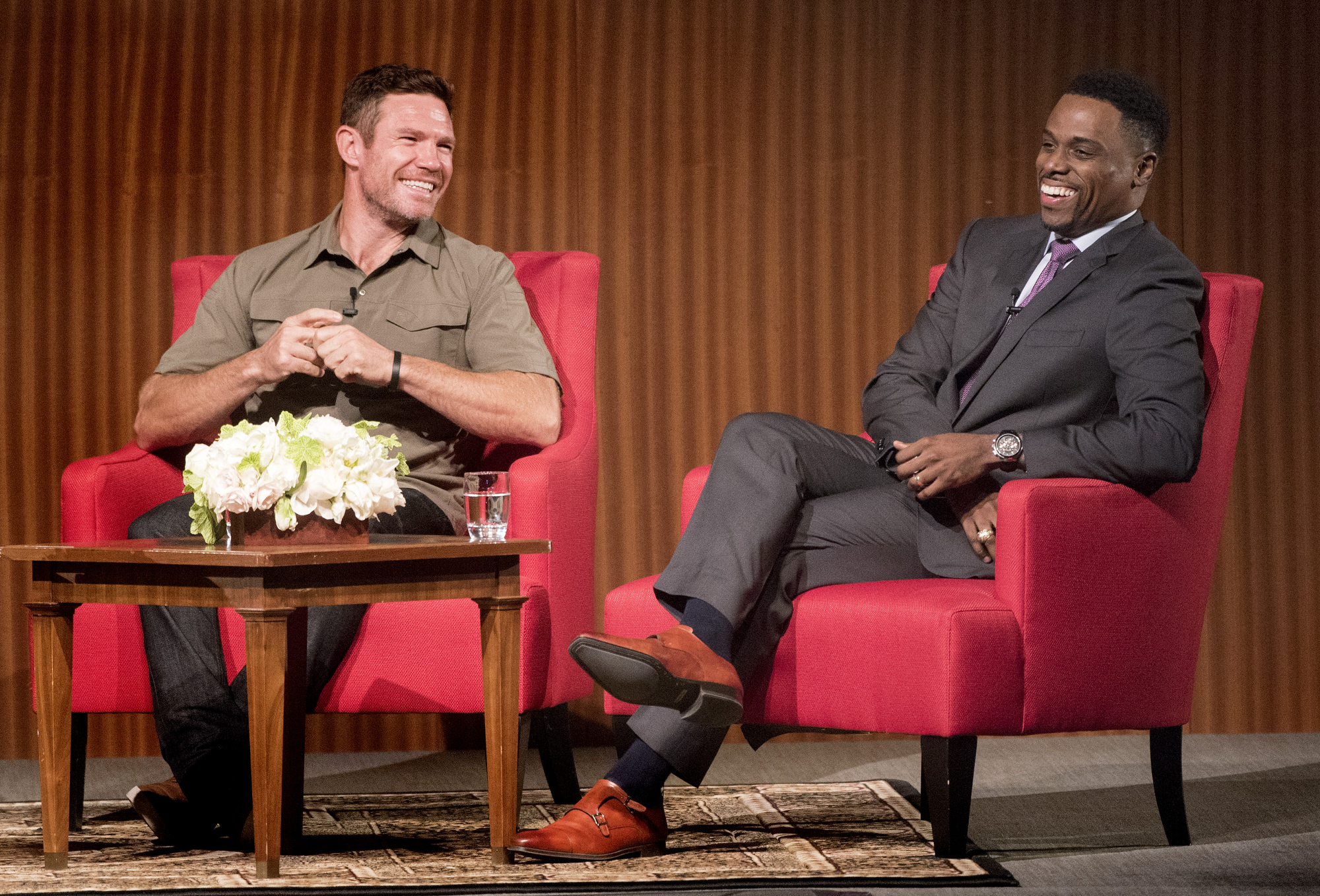 Ibtihaj Muhammad: “I was told that I was strong because I was a black athlete, but I couldn’t think tactically, I was incapable of doing that, and that’s something that a lot of black athletes face when participating in sport.”

Nate Boyer: “I struggle with it as much as anybody. I can’t help it, but I make judgements, I make irrational decisions sometimes, and I have to stop myself and slow down and be like, ‘Dude, just because you feel that, that doesn’t mean it’s true or right or the only way.’”

Daron K. Roberts: “It always struck me, the terms we use — ‘he’s a beast’ — the way that we have chosen to dehumanize athletes. When you go inside a locker room and you look inside lockers, it’s pictures of kids and brothers and coaches. They’re playing for so many people other than themselves.”

Ibtihaj Muhammad: “It’s easy to ignore the issues when they don’t directly affect you. We have a white guy in office who is saying that’s not what it’s about. He doesn’t even want to talk about it. He doesn’t want to address police brutality, the issues of gun control in our country because they don’t directly affect him. They should because he’s president, but he is not a black male. He’s not a person of color. He will not be on the receiving end of police brutality.” 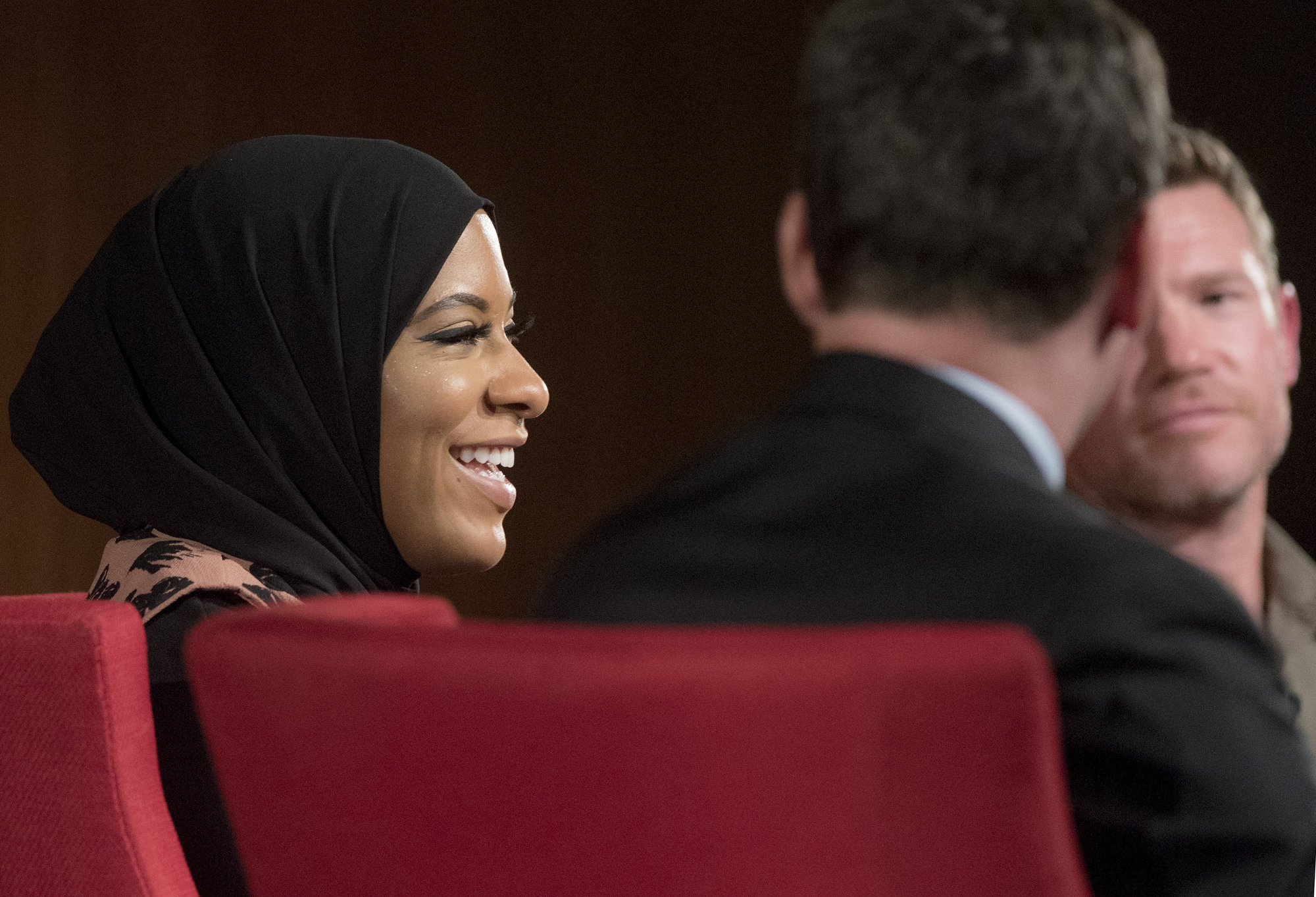 Ibtihaj Muhammad: “I get that question a lot, like, ‘Do you ever wonder if your activism and your choice to use your platform to combat social issues, will that affect you financially in terms of endorsement deals?’ And I’m like, ‘Well, it might, but I never wanted to partner with those companies anyways.’” 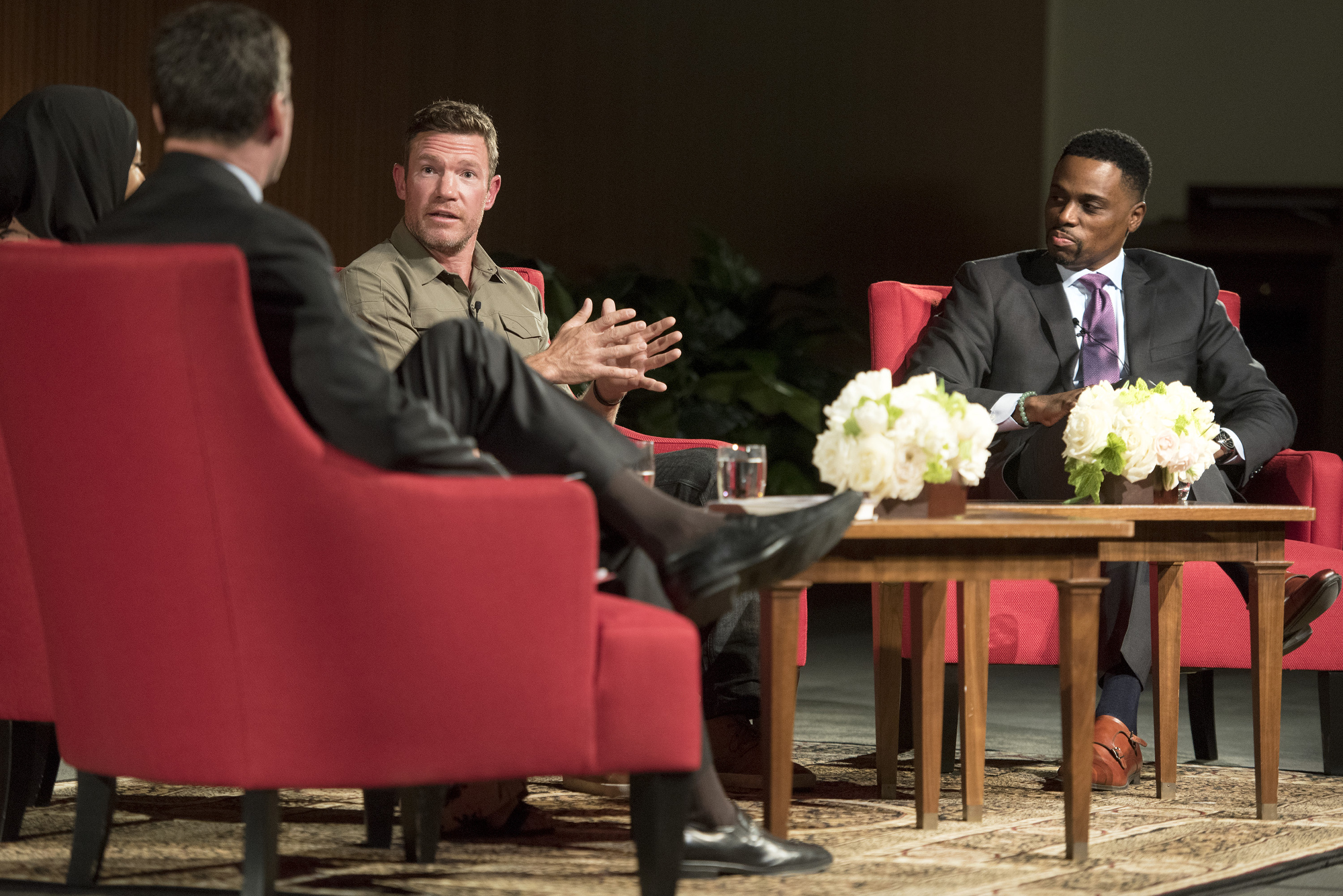 The Get in the Game exhibit is on view now through January 13, 2019, and features artifacts from the late 19th century to present day including autographed jerseys from Stephen Curry, Kareem Abdul-Jabbar, and LeBron James; Ibtihaj Muhammad’s hijab, mask, and jacket; Nike Air Jordan sneakers from 1985 to 2000; Jesse Owens’ diary from the 1936 Olympics; and Negro League baseball jerseys and cleats.