Galen Duncan does not mince words. When you ask him a question, he answers it honestly, which, along with his two advanced degrees and plenty of hard work, got him to where he is now: the Vice President of Kings Academy and Professional Development for the Sacramento Kings.

In his job with the Kings–and in previous positions with the Detroit Lions and Detroit Pistons–Duncan serves as a sounding board, a mentor and a counselor for athletes. His frankness and easy manner helps him earn respect and trust from the players he works with.

Duncan brought that same openness with him to the Santa Rita Room on the campus of the University of Texas where he spoke as part of the Center for Sports Leadership & Innovation’s #iLEAD speaker series on April 17. 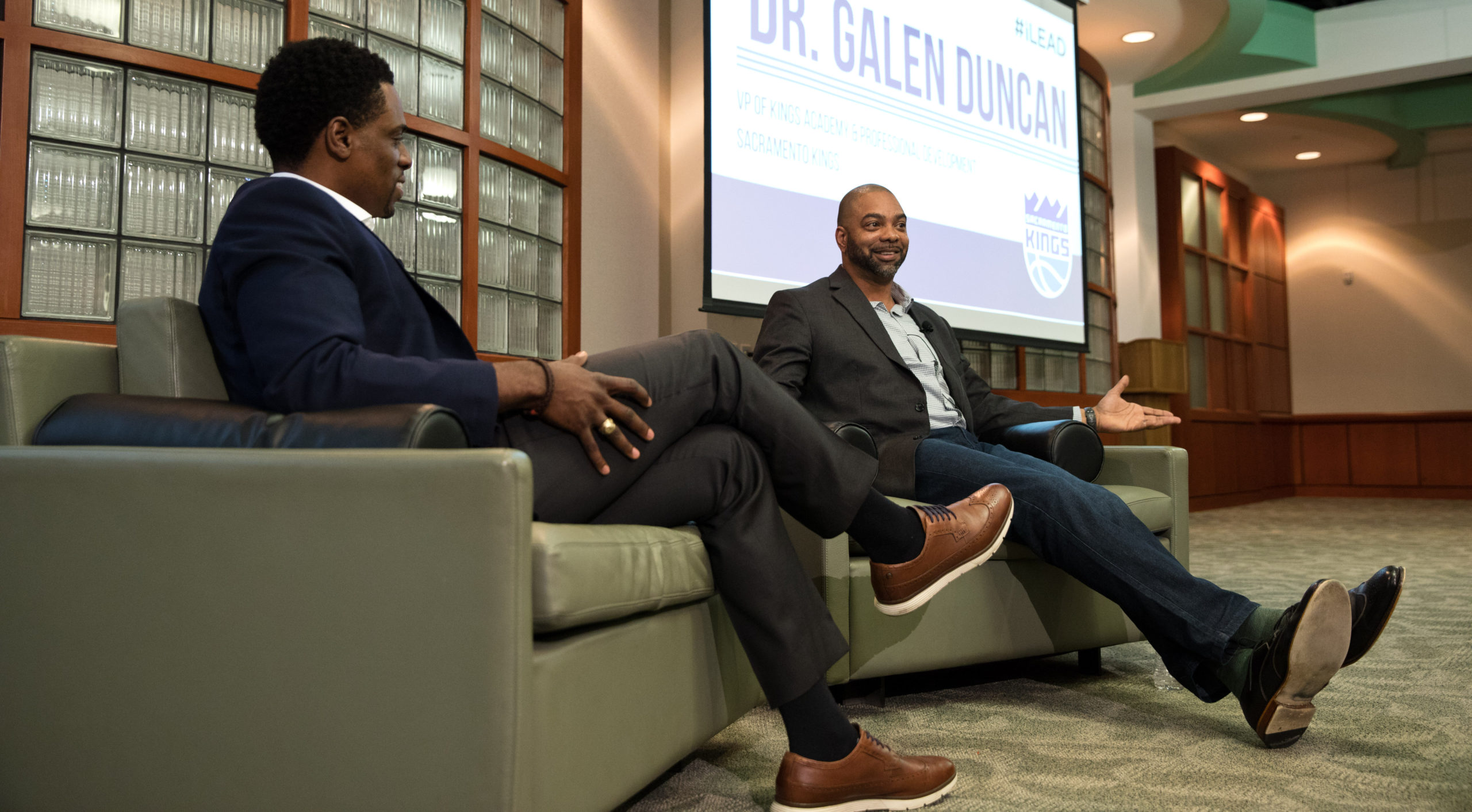 “If you need to know things … and you want the honest answer, I’m not going to feed you something and tell you it’s sugar,” Duncan said to the audience. “I’ll tell you the truth.”

One piece of advice Duncan gave to the gathered students and aspiring sports professionals was to be aggressive. He said he admired the young people who sent him their resumes and followed up with phone calls and emails and who did their research.

But he also warned not to lead with a love of sports in an interview situation.

“You’ll find out quickly, you’ll weed yourself out of the situation by telling them how much you love sports and you just love being around sports,” Duncan said. “You have to have another reason to be there.”

Duncan inherited his reason, connecting with and helping young athletes, from his father, a high school basketball coach. But that’s not to say he doesn’t just absolutely adore sports.

“Sports has been a springboard for everything that I’ve ever done,” he said. 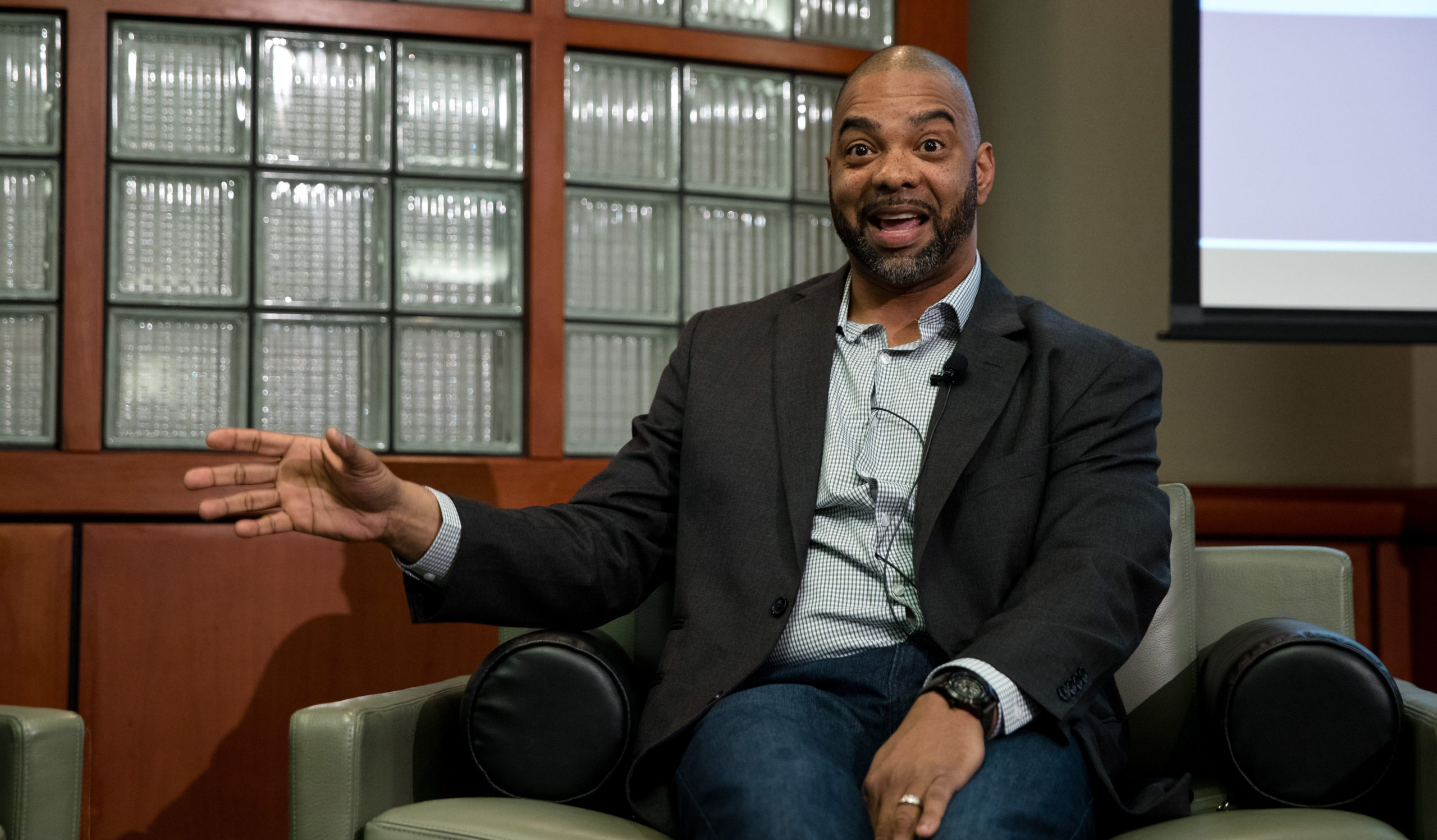 Duncan’s career has led him to take on a number of issues that transcend the sports world. Most recently, the shooting of Stephon Clark by Sacramento Police brought the issue of police brutality to Duncan and the Kings’ front door.

On March 22, four days after 22-year-old Clark was shot and killed by police, protesters shut down Interstate 5 and surrounded the Kings’ stadium, preventing fans from entering. The game went on, albeit with only a couple hundred fans in the stands and the players on both teams more than a little bit distracted.

Duncan said he probably walked a mile that game, shuttling from the bench to the locker room trying to come up with a plan of how they were going to respond.

The Kings decided their owner, Vivek Ranadivé, would address the crowd, and his short speech earned him and the entire Kings organization praise from the rest of the league and from the public.

“[Vivek] went out there with the help of our media people and killed it,” Duncan said. “I’m proud to be a member of the Sacramento Kings from the standpoint that we go feet first and head first into everything that we do. We did it right, and we’re still doing it right. We have truly taken the NBA flag in terms of this, and we are not done. We’ve got some really neat things on the horizon that we’re going to do in the Sacramento community. Some partnerships and things that we are working on.”

The discussion around the Kings’ response to the Stephon Clark shooting led an audience member to ask Duncan why the NBA and NFL’s response to social issues has been so disparate.

As those gathered had come to expect, Duncan told it like it is. 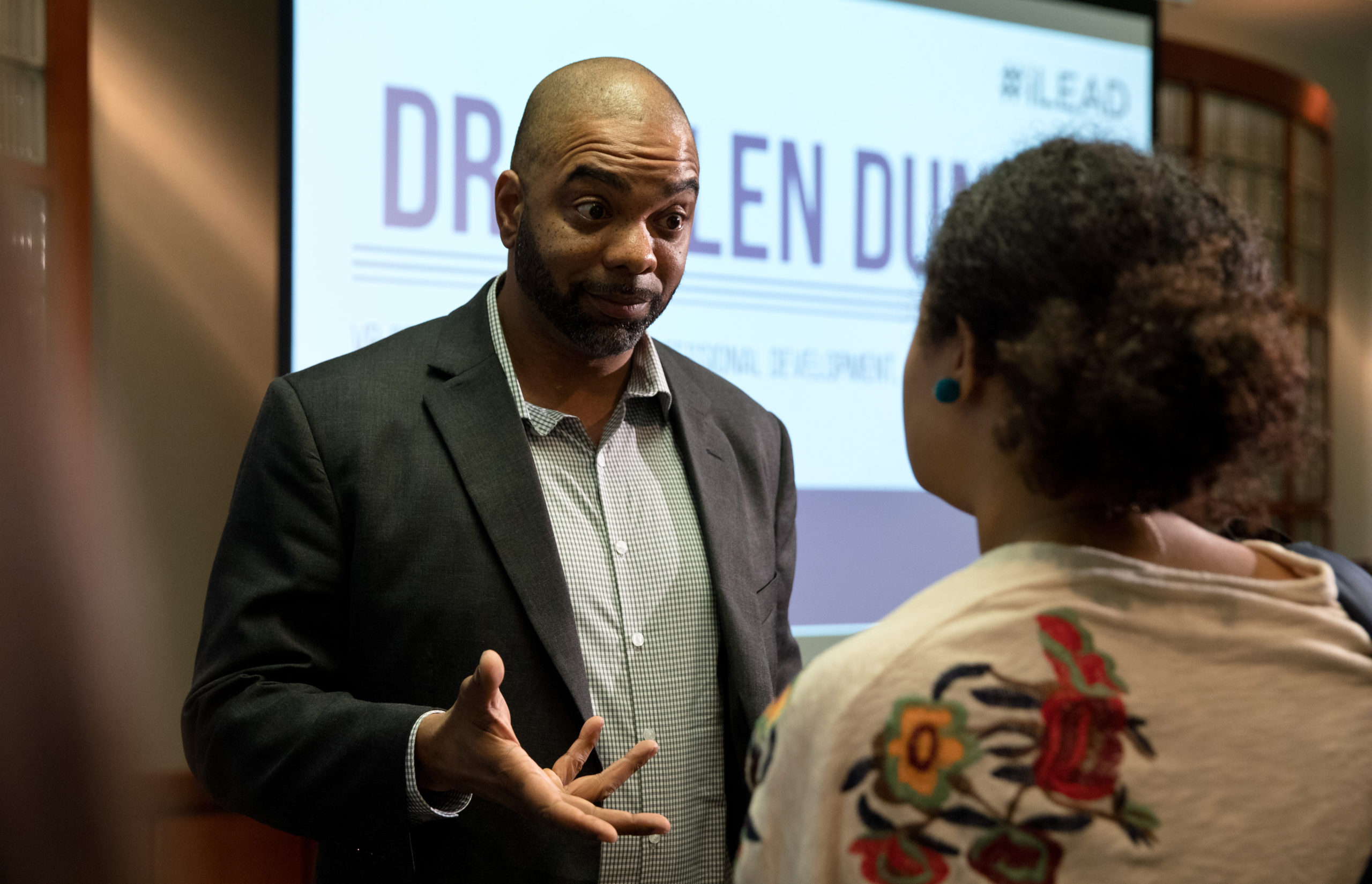 “The difference is the ownership. Owners in the NBA are caring individuals who have relationships with their players,” he said. “They see them for 82 games. There’s no helmet in the way. They get to know their parents. They are sitting close to them. They talk on a regular [basis]. Our owners are cool, socially conscious people, for the most part.

“The NFL is a bunch of older, privileged, let’s be frank, white men, who don’t understand what it’s like to be marginalized. They don’t understand what it’s like to go into a store and be followed around. The NFL is a green, money-driven endeavor that is for capitalists. The fact that there are not guaranteed contracts in the NFL shows the disdain for the player. You are merely a piece of meat.”

Duncan was similarly frank when it came to a question about the requirement that basketball players be 19 years old before going pro. He granted that football players shouldn’t be able to go to the NFL right out of high school due to the physicality of the game, but he didn’t think the same could be said for basketball.

“Nobody can give me a reason why [basketball players] shouldn’t be drafted like hockey players [or] baseball players. It’s kind of become a socioeconomic conversation,” he said. “I mean that it’s ok for rich white kids play tennis in the suburbs and go pro without going to college, but it’s not ok for poor black kids to be able to support their families by leaving high school and going to the pros.” 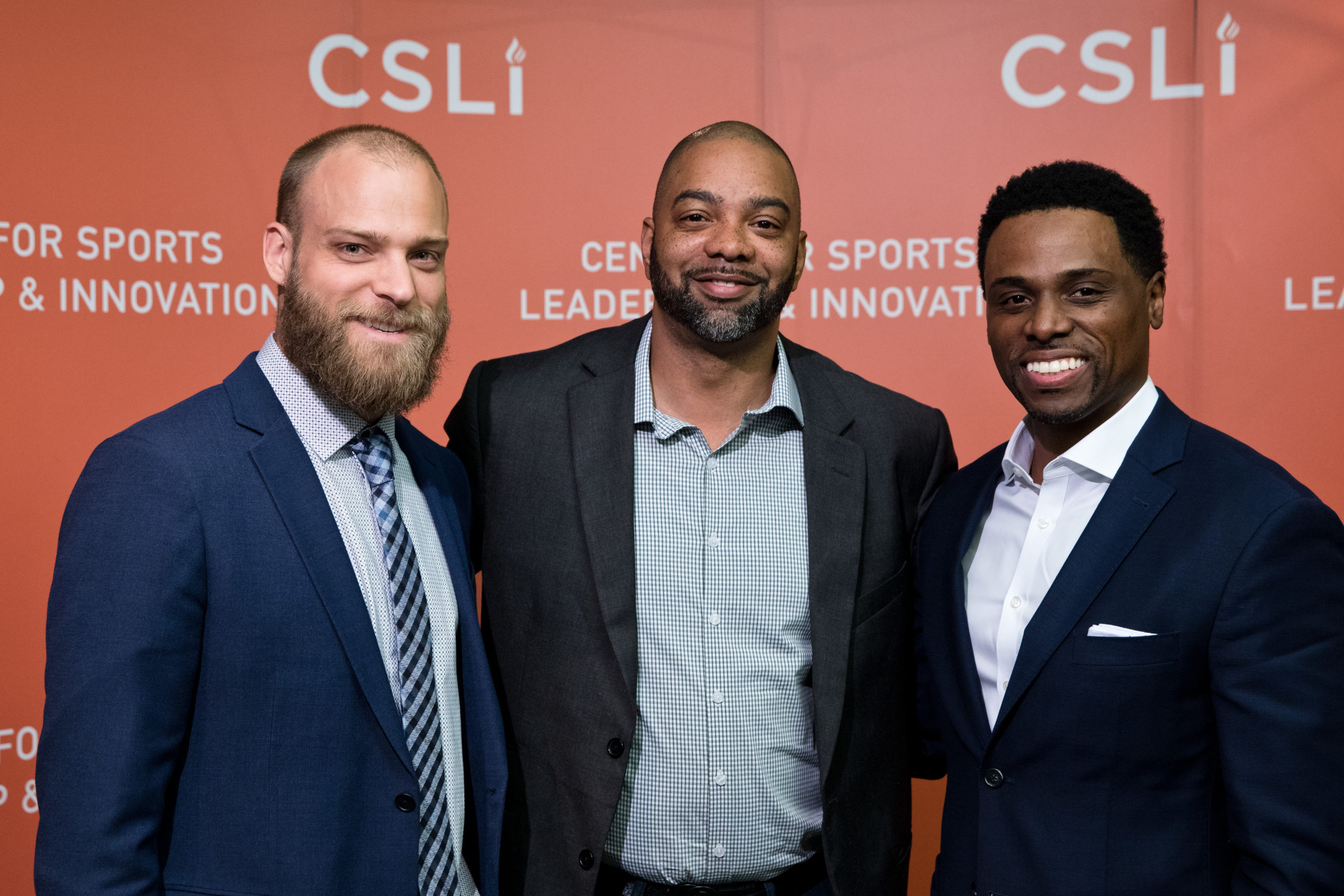 To build relationships with the Lions’ players, Duncan installed a coffee pot in his office and had the players bring in coffee beans. His office then became the gathering place, the hangout spot where players would come to unwind and eventually to seek his counsel. In only an hour and a half, Duncan created the same kind of vibe in the Santa Rita Room, doling out advice and answering questions for wisdom seekers young and old.

“Everything isn’t easy but I don’t dwell too much on negative things so everything just always seems so rosy to me,” Duncan said. “It’s always sunny outside. Most food tastes good. Air breathes good. You guys are pretty cool. We used to have this saying in our locker room in college, ‘Who’s better than us?’ Who’s better than us right now? We’re talking about what we want to talk about. We’re talking about sports and everybody in here loves sports. We could do this all damn day. That’s not work to me.”