Partway through the 2018 girls soccer season, Anderson High School’s starting center back got injured, leaving a huge hole in the Trojans’ lineup. Due the key role the center back plays, head coach Aaron Strawser McGough, who played for the the University of Texas women’s soccer team from 2012 to 2015, knew she’d need a special athlete to take the injured player’s spot.

She immediately thought of freshman starting outside back Raine Cockrell.

The center back position requires consistency and skill and is typically reserved for upperclassmen with a few years of varsity experience under their belts, but Strawser had a feeling Raine, one of just three freshmen on varsity, could handle it.

“Moving a freshman there was risky, I guess,” Strawser said, “but [Raine] stayed there the rest of the season. I couldn’t take her out. She did such a great job.”

Raine’s performance earned her the respect of the district coaches, who at the end of the season named her newcomer of the year, but her attitude and hard work in practice got the attention of her teammates and earned her the title of CSLi Athlete of the Month for November.

“[Raine] makes sure that what she is doing is the right thing, the right way all the time,” Strawser said, “and she’s not only concerned about herself doing it that way, whether that’s not cutting corners or getting somewhere on time, she brings her teammates with her, which I think is huge to see from somebody so young to be able to step up and say ‘Hey, I’m not just going to do this on my own, but you should come and do it with me.’” 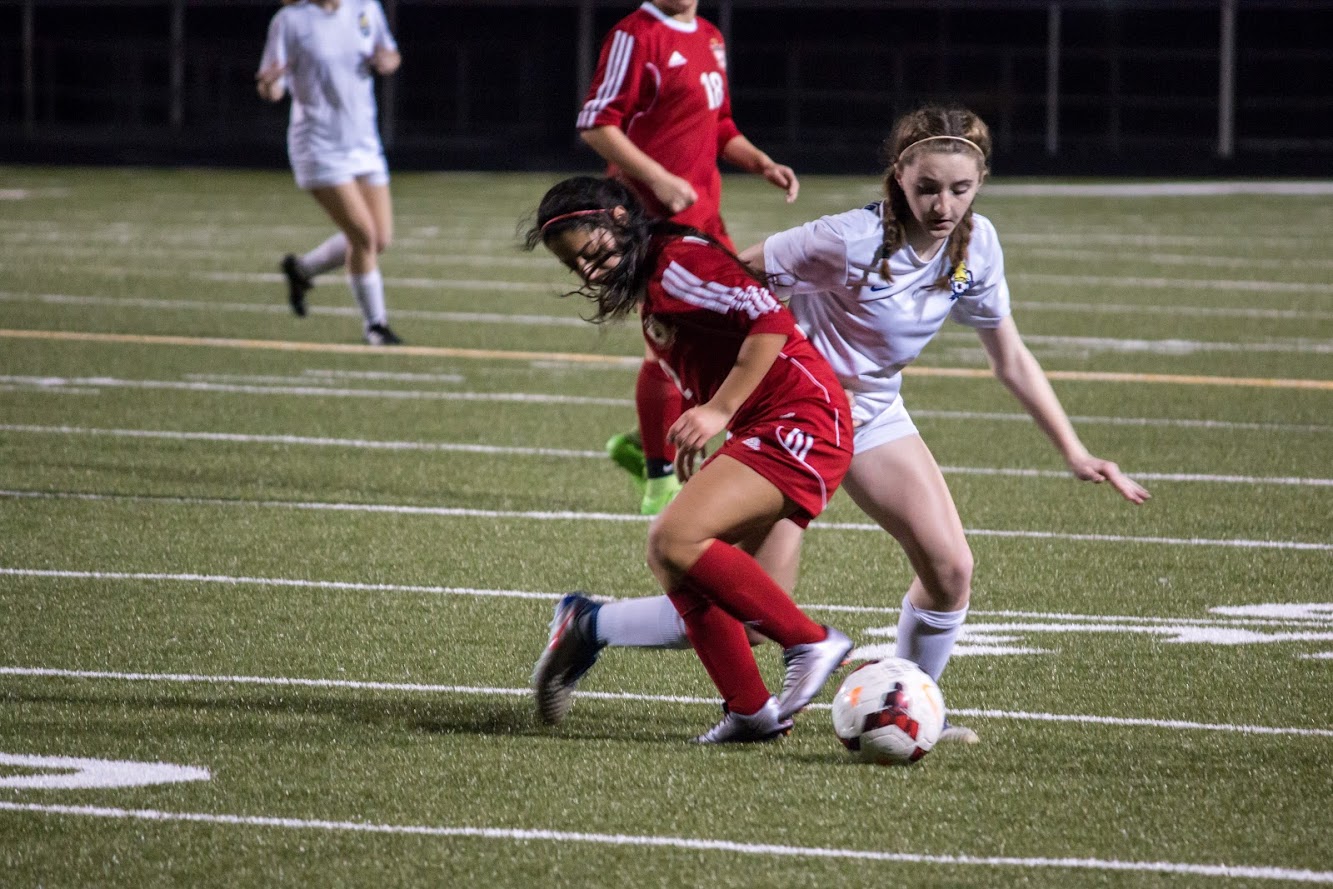 When the soccer season returns, Raine will once again take over the center back spot, and this time, she’ll be the experienced one in the back line.

“[Raine’s] really learned a lot and is distributing what she’s learned to the rest of the back line,” Strawser said. “There’s about four girls that she’s kind of taken under her wing.”

Heading into the 2019 season, Raine applied to be a captain on the Anderson squad, a rigorous process that includes submitting an essay and requesting recommendations from teachers.

Raine’s essay detailed how the team could get better on the field, and perhaps even make it to the second round of playoffs for the first time, by spending more time together outside of soccer and becoming better connected as individuals. Her teacher recommendations were outstanding, and she received 5 out of 5 on almost every category Strawser asked the teachers to rank, including class participation, submitting assignments on time, and going above and beyond in the classroom.

“[Raine] is a highly responsible student who seems to consistently push herself to do better,” one teacher wrote. “She always asks questions when she is confused and uses her time in class wisely. Raine leads by example and I strongly recommend her for a leadership role.”

For Raine, being a leader means sharing her thoughts, but also making sure others get to contribute to the discussion, and already, she’s taken the initiative to streamline communication within the team.

Strawser had tapped Raine to be the go-between for any news or updates that came from the coaching staff and need to be communicated to the team. But with so many newcomers on the team this fall, every topic introduced into the group text inspired a deluge of questions from the underclassmen, while the more veteran members of the team received hundreds of notifications as the conversation reiterated things they already knew, so Raine suggested creating a second group of just the newcomers and her. 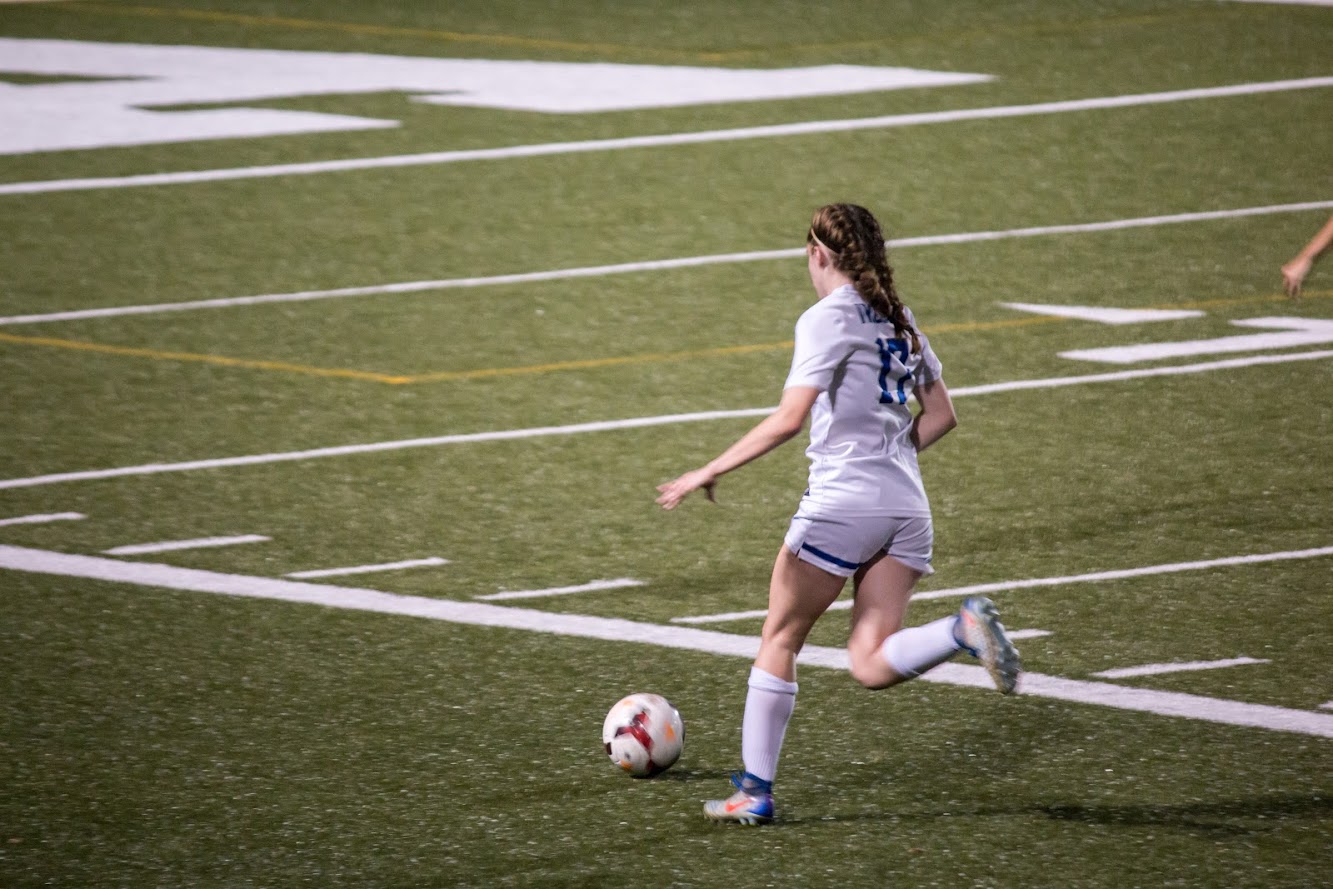 Most impressively, Raine has already established clout with her teachers, teammates, and the other coaches in the district and is still only a sophomore. The Anderson girls soccer will benefit from her presence for three more years.

“Athlete of the Month” highlights an AISD athlete who has displayed leadership, integrity, service and sportsmanship both on and off the field. This recognition is meant to draw attention to AISD athletes who serve as role models in their respective schools and make positive contributions to their communities.