When Gabe Williams asked to shadow McCallum High School football coach Thomas Gammerdinger on career day, Gammerdinger wondered if his senior free safety might just be looking for a way to get out of class for the morning.

“No, Coach,” Gabe said. “I actually want to follow you around and see what your day is like.”

Gammerdinger agreed, and the duo’s day started bright and early with Gabe coming over to Gammerdinger’s house and helping the first-year head coach take care of his newborn baby.

“It was really cool that he showed up at 7 and helped with the baby first thing in the morning just like my day starts,” Gammerdinger said.

Then Gabe accompanied Gammerdinger to district meetings, where he had an opportunity to meet other area high school coaches, who also shared pointers and career advice. When they returned to McCallum, Gabe helped Gammerdinger put together the day’s practice plan.

“I used to not think about all the prep time it took for a practice and just all the little things, but I’m definitely going to consider it a bit more now,” Gabe said.

At the end of the day, Gabe, CSLi’s Athlete of the Month for October, hadn’t been scared away from a coaching career. In fact, he was even more inspired and motivated.

“I could definitely see myself doing something along those lines in the future. It was kind of just reassuring. I really enjoyed it,” Gabe said. “I really love being around the game. I’m not sure if I can see myself playing forever, but I do think I want to be around the game for as long as possible.”

Gammerdinger said he’d hire Gabe to his coaching staff in a second. The coach has known Gabe since he attended to his first football camp as a seventh grader, and he’s seen the young man grow into a great athlete, role model, leader, and teammate. 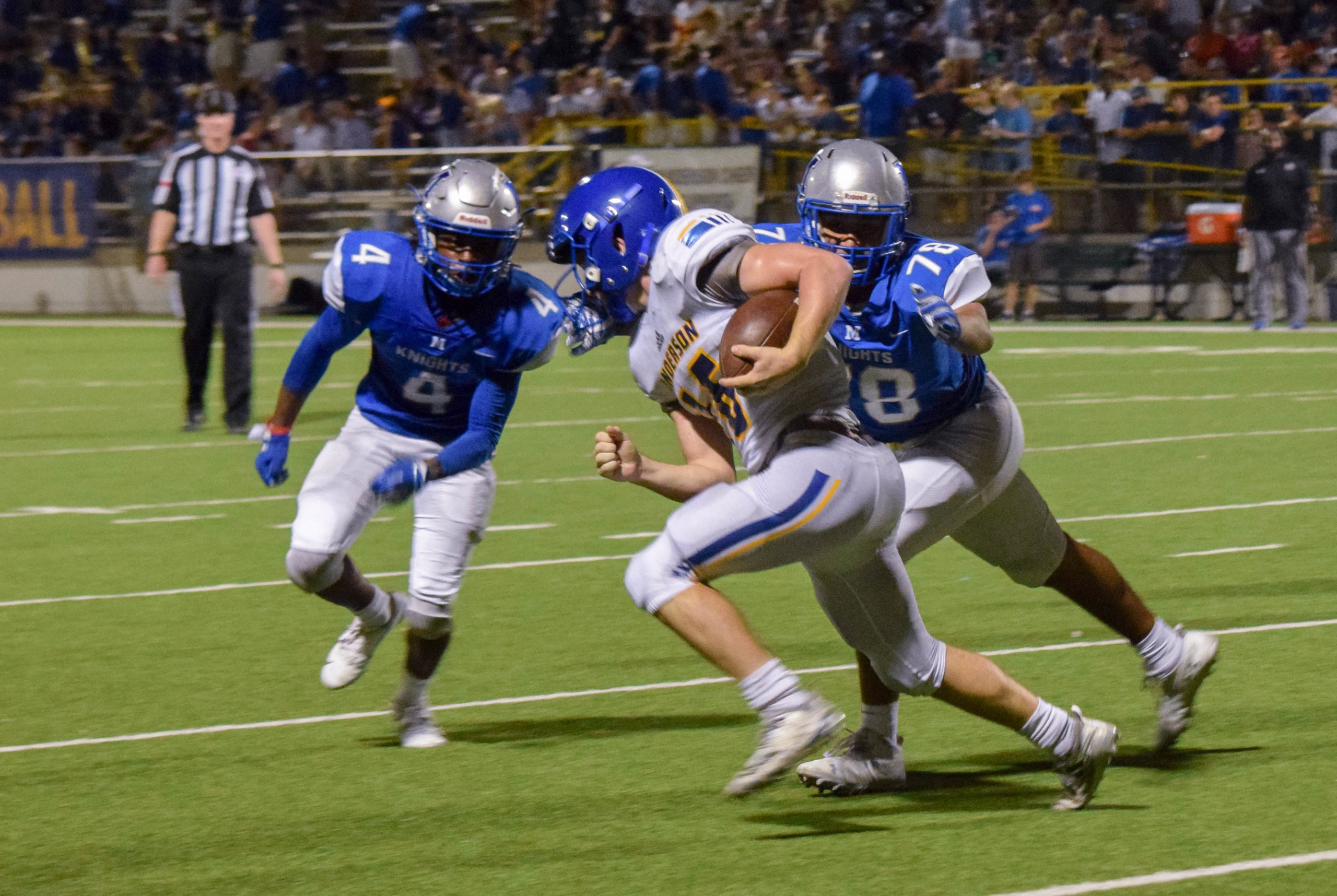 “[Gabe is] just a really, really smart player, does a great job seeing the field, understanding what formations we want to make checks to and getting people lined up,” Gammerdinger said. “He’s got great ball skills, and he’s probably one of the best open-field tacklers I’ve ever coached.”

Williams loves the physicality of football, but even more so, he’s drawn to its complexity.

“I like that it’s like a physical sport, but there’s also a lot of thinking and little things behind it,” he said. “People who don’t know the sport too well might not notice it, but if you play, I think you’ll pick up on it.”

As a leader, Williams isn’t the most outspoken guy on the team, but he leads by example, and has helped fill the giant hole left by the graduation of last year’s group of 24 seniors who led McCallum to the 5A D2 state semifinals.

“Gabe is very supportive with his teammates,” Gammerdinger said. “I never see him jump on his teammates. He gets along well with everybody and is just really supportive. A lot of times you see a kid who is a really talented player, and they get frustrated whenever their teammates don’t play well, but he just does a great job of encouraging teammates and gets along with them and helps build them up.”

“Jack Masters [a senior on the 2017 McCallum squad] really emphasized the fact that everybody has a certain job on the team,” Williams said. “It might not be the biggest part, and I always try to implement that into what I tell my teammates.”

Next year, Gabe plans on attending college, although he hasn’t decided yet whether or not he’ll play football. If he does, you can be sure he’ll be a regular visitor to his coach’s office, offering to help plan practice, sit in on meetings, or maybe even hold the baby.

“Athlete of the Month” highlights an AISD athlete who has displayed leadership, integrity, service and sportsmanship both on and off the field. This recognition is meant to draw attention to AISD athletes who serve as role models in their respective schools and make positive contributions to their communities.