Akins High School head volleyball coach Amanda Thomas says the day Emily de la Garza walked into the gym as a freshman was a great day for the program.

Immediately, Emily showed talent, athleticism, and potential, and she made the varsity team as a freshman.

But more importantly, Emily, CSLi’s Athlete of the Month for September added to the vibe in the gym, and she has grown into a key leader for the Eagles.

“She’s the hardest working kid that we have in our program,” Thomas said. “She’s not necessarily our strongest athlete, but she’s developed into one of the most consistent. Everybody looks up to her, and she’s a sincere friend and a sincere captain.”

This year, her senior season, Emily plays outside hitter, but throughout her high school career, she’s been a right-side and a middle blocker and has played back row.

“She’s a utility player, she plays everywhere,” Thomas said, “and there’s never a question on why she’s being moved. She’s just like, ‘Whatever you need coach, I’ll do it.’”

For Thomas and the other Akins coaches, Emily can always be trusted to get a task done or remember the combination to the cabinets in the locker room. For her fellow athletes, she’s a trusted confidant. During a recent team meeting, a freshman teared up talking about how Emily was like a mother figure to her.

“I’ve had some people tell me that I’m the anchor of the team, and that really means a lot to me,” Emily said. 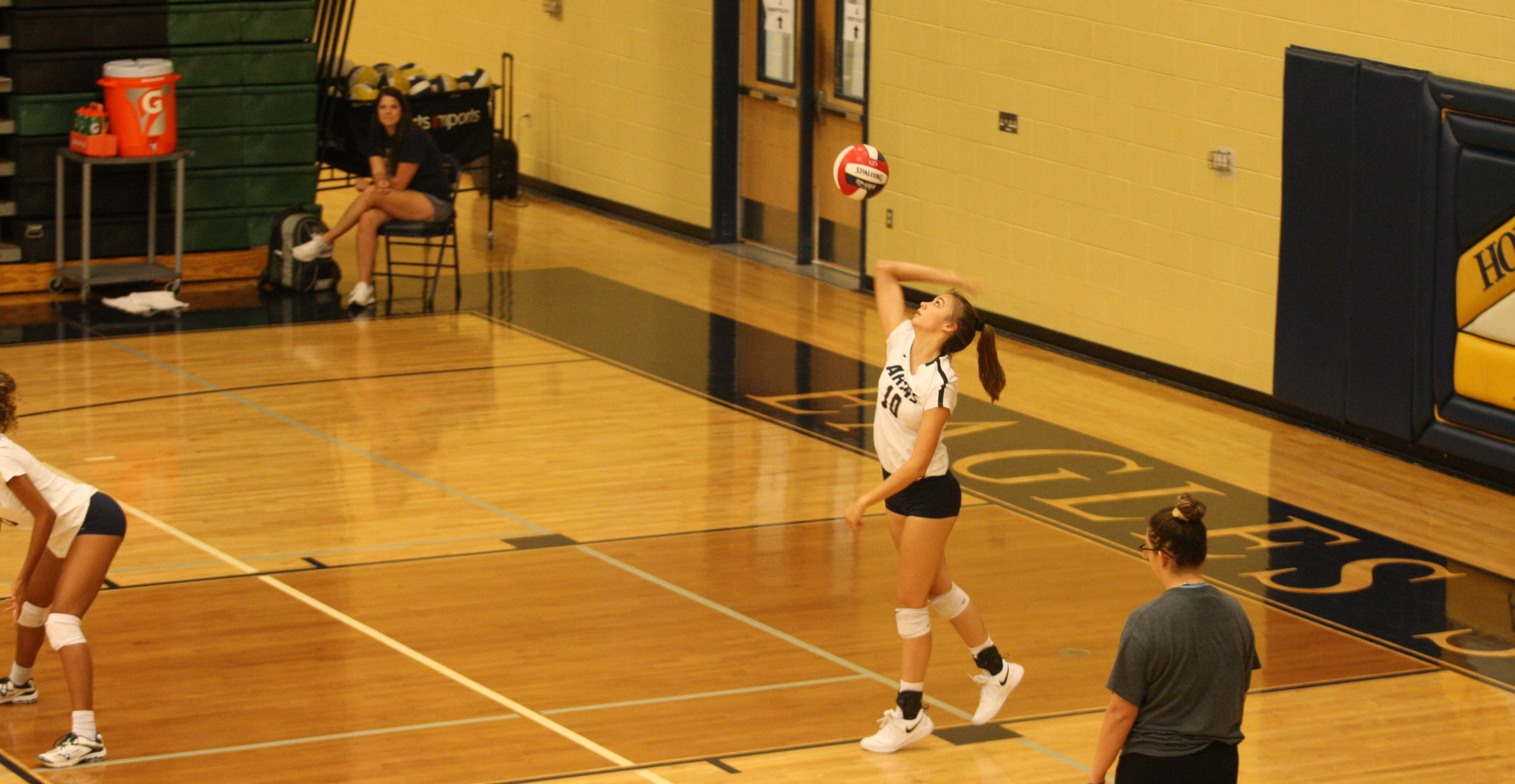 A goofy personality contributes to Emily’s allure. She grunts when she hits the ball and loves Beaver Nuggets from Buc-ees. She can even burp the alphabet on command.

“I think [my goofiness] just lightens the mood,” Emily said. “I like to joke around a lot and dance and just be a goofball.”

“This is the first year that we really haven’t had drama on our team. Everybody just gets along and most of that comes from having a leader like [Emily],” Thomas said. “She makes sure everybody is included at all times and makes us play better as a team and makes everybody want to work harder when you have someone like her leading you and pushing you.”

Emily loves the team environment of volleyball, and she has verbally committed to play at Eastfield College, the reigning NJCAA DIII national champions, next fall.

The “Athlete of the Month” highlights an AISD athlete who has displayed leadership, integrity, service and sportsmanship both on and off the field. This recognition is meant to draw attention to AISD athletes who serve as role models in their respective schools and make positive contributions to their communities.