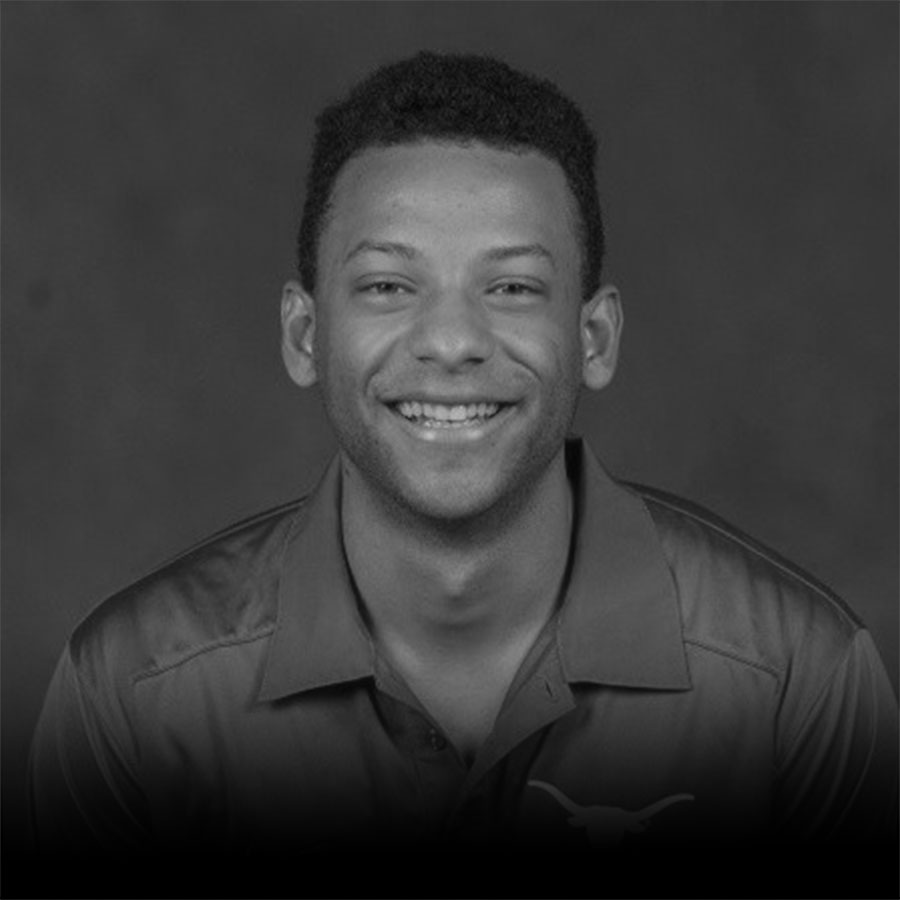 How did the CSLi fellowship facilitate your entry into sports?

It wasn’t until late into my undergraduate career when I realized that I had an interest in pursuing sports. As such, when I began my master’s program I made a concerted effort to align myself with organizations such as CSLi that surrounded me with a cohort of diverse but like-minded individuals who were all extremely passionate about the impact sports can create in this world. Because of CSLi I had the rich opportunity to learn from and collaborate with some of the brightest and innovative minds on campus as we tackled some of the preeminent issues in sports.

Being a fellow was like being a part of a family. I did not attend Texas for undergrad so my connections on campus were fairly thin as I began my master’s program. CSLi provided me with a community of intriguing and driven individuals who all came from different backgrounds, various majors and unique perspectives on how sports affected culture.

What was the highlight of the CSLi fellowship?

The opportunity to attend a roundtable with former Olympian Aly Raisman was an extremely impactful experience. Hearing firsthand about the tragedies and struggles she had to endure, especially for someone who was my age, was both powerful and sobering. I got to meet a hero and that’s an experience I would not have had without CSLi.

How did the fellowship prepare you for your current work?

CSLi attracts students from all across UT’s campus, with fellows majoring in a variety of majors, ranging from business to journalism to public health. That level of diversity is something that I’ve found in my current role. While I now work in social media, many of the people that I work and interact with, including myself, came from different work backgrounds such as marketing, design, ad sales, strategy and more. While many of us may have gotten our start in different areas, we all have a passion for basketball and use that as fuel to create impactful content and drive meaningful conversations.

What was the toughest transition from college to the professional world?

Adjusting to the work schedule was easily the most difficult thing and it’s something that I’m still working on in my new role. As an undergraduate student and even as a master’s student we’re accustomed to a certain level of free time, but when you’re working in a fast-paced media company you learn very quickly that the industry doesn’t sleep, and sometimes that means you don’t either. I recently got to experience my first Opening Week for the NBA season, which was layered with high intensity moments and long nights that I’d never been through as a student. But, thanks to those experiences I had during both undergrad and grad school I was more than prepared to attack those challenges in my new role.

How did you get your foot in the door in sports?

It was very tough for me starting out. I was late on the scene when it came to being involved in sports-related activities and organizations as an undergraduate student. As a result, I spent months and months after graduation interviewing, but mostly waiting to hear back from different sports teams and organizations. It wasn’t until nearly 6 months after I’d graduated that I heard back from Spurs Sports and Entertainment about a marketing internship in San Antonio. Once I was in Texas, I began building up my network and the led me to UT to pursue my master’s degree.

When I was first working my way into the sports world people would always tell me that the sporting world is so much smaller than you think it is. I didn’t realize how true that was until I became a part of it. Sports, much like CSLi, is a lot like a family and it can be hard to get in to the circle of trust if you don’t have people who are willing to vouch for you. However, once you’re in, you realize how interconnected we all are. It doesn’t really matter if you work for the NBA or the MLS or the NCAA, there’s a good chance you and another person from a different team or organization are linked by the connections you’ve developed over the years and I think that’s a special thing that isn’t always present in other communities.

What are your short term and long term career goals?

I am currently on a year-long work assignment with Turner Sports. Once that is completed my short-term goal is to continue working with the NBA team, whether that is with the social team or a different department. My long term goals are still in flux. I love being a content creator and developing intriguing projects for the NBA is the path I want to continue to follow. However, I don’t know what exactly that looks like in the form of a job title.