During a typical practice, on a typical Friday morning, in the same pool where I had trained for the last six years of my life, I stood three meters above the water on the diving board like I had thousands of times before.

I adjusted the fulcrum on the board, waited for the teammate ahead of me to clear the water and prepared for a simple reverse dive. It didn’t take much preparation. I learned this dive when I was just 11 and had performed it countless times.

I took four steps down the diving board, hurdled, jumped, and vaulted off into the air. But about four meters above the water, out of nowhere my body just stopped. I stared at the ceiling of the aquatic center for what felt like an eternity, flailing my arms and falling to my back thinking, “What the hell is happening?” 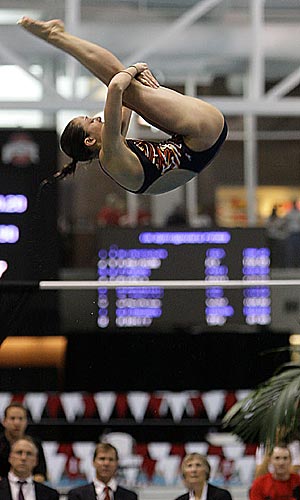 In that moment, I was a cocky 18-year-old, two months away from the start of my freshman year at the University of Texas. I’m now a 31-year-old, married, full-time working mom, but this moment still flashes through my mind on a weekly basis. What you’d think was just a freak accident was actually the moment that shaped my diving career, college experience and the person I have become.

Lost Move Syndrome (LMS) is a condition in which athletes find themselves unable to perform a skill that they previously did with ease. It’s a fancy name for the “yips,” and something I would become extremely familiar with over the next four years.

After that incident in practice, things kept getting worse until fear absolutely paralyzed me and I couldn’t execute half my dives. I would stand on the board shaking as I attempted dives that were previously automatic.

Anyone who knows me would tell you I am as type A as they come, and I overthink everything. This was my downfall. I couldn’t make any sense of what was happening, and I couldn’t stop analyzing it.

When I arrived on campus, I felt like I had sold my coach and the University of Texas a bill of goods. Coach Matt Scoggin and Texas had signed a junior national champion, a member of the U.S. National Team, a top recruit. In August 2005, they received an emotional head case. I was embarrassed, and my confidence plummeted further with each passing day.

If you look at a snapshot of my career at Texas, the highlights show a Big 12 Champion, four-time All American and Big 12 Diver of the Year. It would probably leave out the part where I failed dives during competition more times than I can count. If you don’t complete the dive you are intending to do, it is called a failed dive. I, Kathryn LaRocca, am a raging failure.

Which failures do I remember most? Let’s see. I failed two dives at the University of Houston trying to qualify for NCAAs. I failed dives in dual meets against Auburn, Georgia and Texas A&M–I remember those three in particular because I had family or friends travel to see me compete, and I felt so embarrassed as I greeted them and gave them hugs after the meet. And last, but certainly not least, I failed a dive in the NCAA Championship Finals. 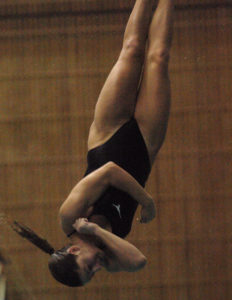 Needless to say, I was willing to try anything and talk to anyone during this athletic roller coaster to get back to my old self. I eventually met with a psychologist, and she brought two things to my attention that I still work on today.

First, I had a compulsive need to not only be the best at everything but appear as though that excellence came with ease. These unrealistic expectations added too much pressure to an already stressful situation. The result was a very emotional, anxiety-filled response to my mental blocks, which only made them worse. I needed to not be so hard on myself.

Second, I desperately needed some perspective. This was the first significant hurdle in my life, my first experience with true failure and disappointment. When you’ve dedicated over a decade of your life, spent over 20 hours each week training, and been constantly surrounded by like-minded teammates, your college athletic career can feel like the most important thing in the world. It’s not.

It’s easy to look back 10 years later and see this. As a college student who felt like she was letting down her teammates and her family, that perspective was more difficult to find. I had to constantly remind myself that I had my family, my friends and my health, and I had my education and future to focus on. My diving performance was insignificant compared to the problems other people faced.

I’ve now worked in the real world for 10 years. Spoiler alert: the real world is harder than college, yips or no yips. I’ve struggled to make a living at times, succeeded at others and now worry about things like how to raise my son into a good person. Diving was a wonderful part of my life, but it was a small part compared to what came after it and the struggles I had yet to face.

Here’s a fun fact about newborns that is not broadcasted nearly enough: they eat every three hours. It takes roughly 30 minutes to feed them if they are a fast eater. Then you have to get them back to sleep. Next, you have to get yourself back to sleep, only for that cute little angel to wake up 45 minutes later, hungry again. During the most stressful, scary time of your life where you are trying to figure out how to keep a child alive and healthy, you are doing it on no sleep. 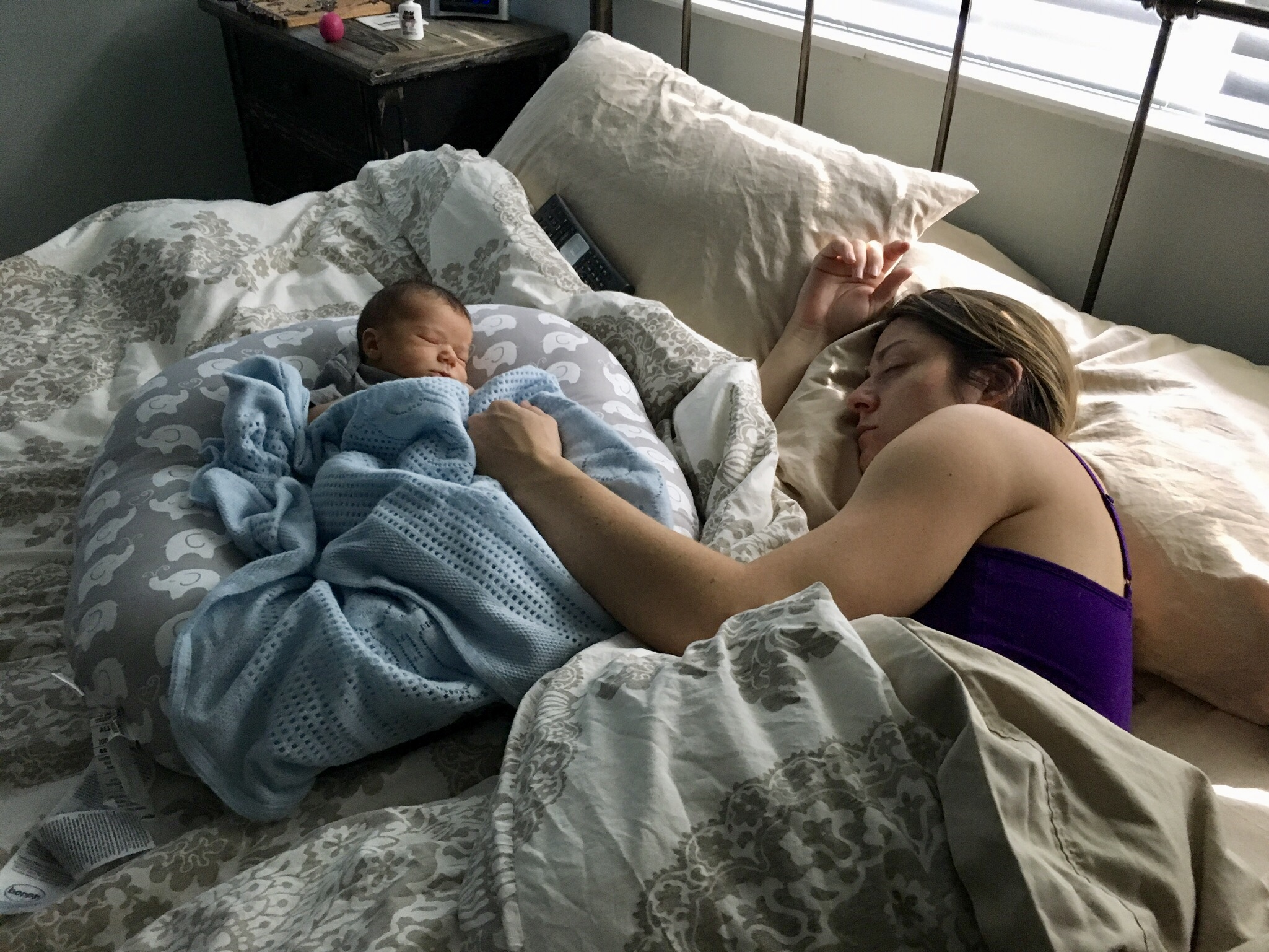 When I first faced this reality as a new mom, I tapped into those same two lessons my psychiatrist taught me during college.

I reminded myself that this isn’t going to be perfect, and I don’t need to make it look like it is. Parenthood is difficult, equal parts messy and fun. We are all learning as we go and trying to do the best we can.

Second, I had to constantly keep my perspective in check. I was waking up in the middle of the night because I had a healthy, beautiful baby boy who needed me to. Not everyone can say that, and I should consider myself fortunate every day.

I’m thankful for that fateful Friday morning practice and the tough four years that followed. I am more patient, empathetic and confident because I now know what I am capable of accomplishing, even when faced with powerful headwinds.

Every athlete will experience setbacks in their career. Whether it’s an injury, mental block or failure, I assure you, life is not over. In fact, the hard part is yet to come, but thanks to those failures, those struggles, you are now equipped to handle it. 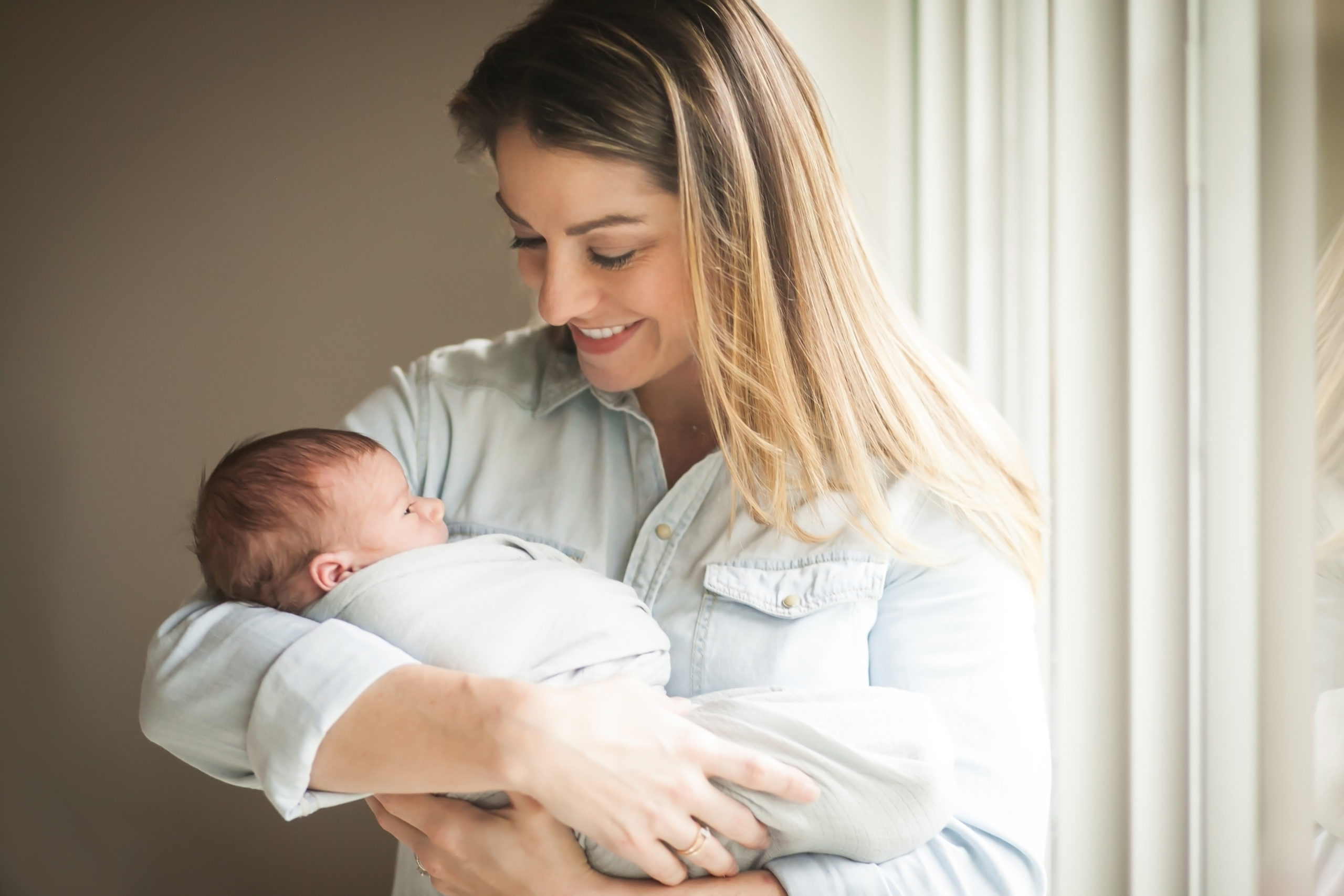 Kathryn LaRocca (née Kelly) was a member of the University of Texas women’s swimming and diving team from 2005 to 2009. Her junior year, she placed in the top-five in two events at the NCAA Championship, in addition to being named All-American and Big 12 Diver of the Year. Today, LaRocca is a national sales director for a Rehrig Pacific Company and occasionally does commentary for swimming and diving events on ESPN and the Longhorn Network. LaRocca lives in Fort Lauderdale, Florida, with her husband, Nick, and 18-month-old son, Lucas.