When I came to Texas in 2001, Chris Simms was the starting quarterback. I figured I’d sit the bench for two years, and then start for three. That was before I met Vince Young.

Vince quickly established himself as one of the best college quarterbacks of all time, and I learned something about myself. I make a great backup quarterback, leading from within.

On a football team, players look to the quarterbacks to lead. Vince didn’t have time to touch base with every single guy on every single issue–he was focused on the mission at hand as the starter each and every day. I could help with bandwidth. I embraced that role and made it my personal mission to keep morale high in the face of adversity.

I also offered a second perspective. Individuals connect to different leadership styles, so great teams require leadership that speaks in a variety of ways. Vince’s talent inspired everyone, but sometimes I could connect with the guys in a different way.

There were certainly challenges to being a backup. When the game was on the line and the pressure mounted, I didn’t have the power to make an impact the way someone on the field could. That was Vince’s moment. His job was to perform under pressure, and he almost always did. Well, actually, thinking back, he always did.

But after a bad game, when maybe Vince didn’t play his best, I was uniquely situated to talk to the team about what happened and how to move forward. I hadn’t been on the field, I hadn’t directly contributed to the loss, so in that moment my voice carried some weight as another leader who understood why things went wrong or how they could potentially be done better going forward. 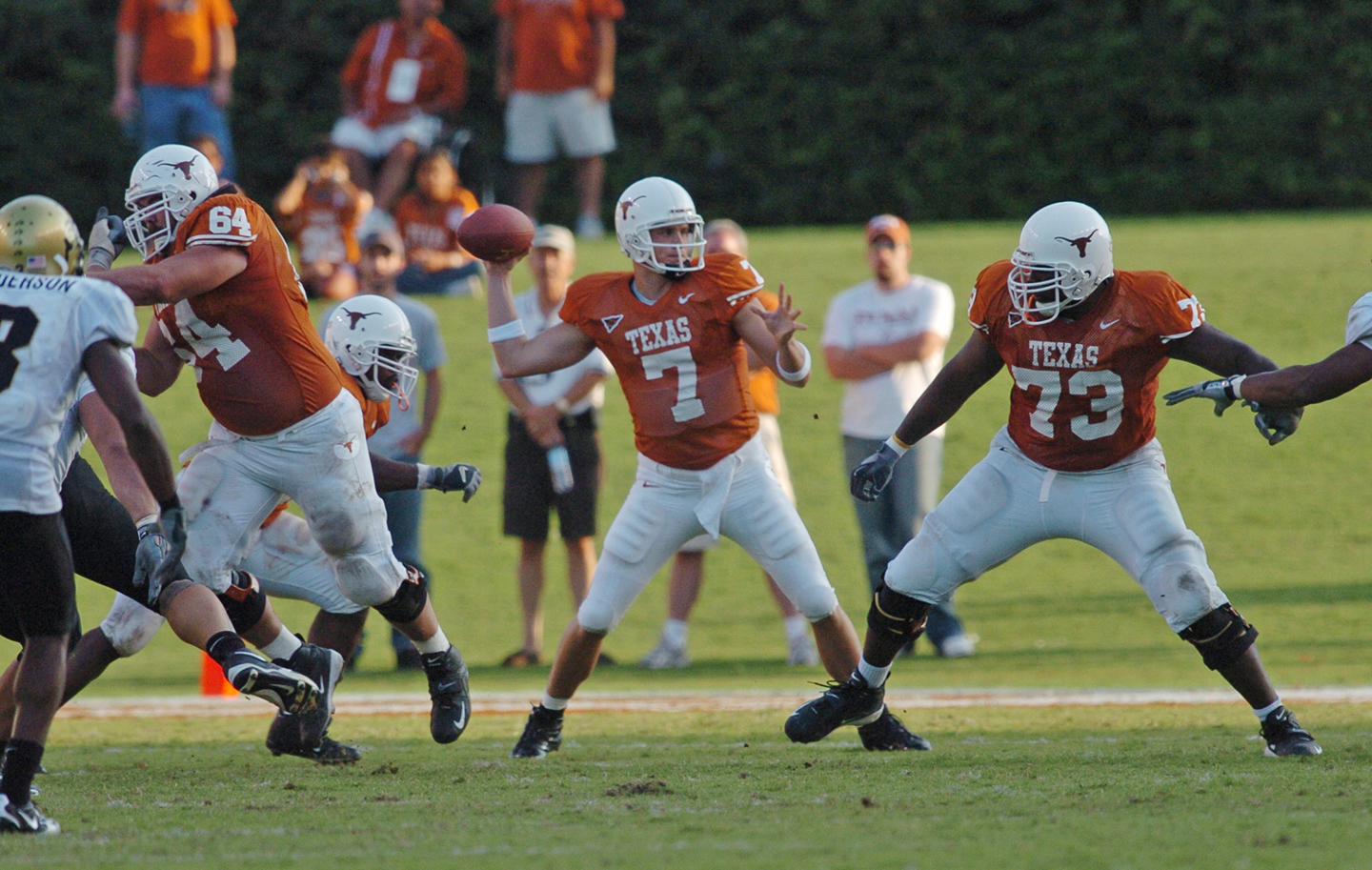 I give a lot of credit to Coach Mack Brown for cultivating this leadership potential in me, as well as every athlete he coached. He knew how to get the most out of everybody, and he knew everybody was valuable. Even as a guy who didn’t start, I can’t tell you how many times I was in his office going over things that would help our team be better. Things that never made it into the stat books. Personal things or off-the-field things. That’s what really made us great. That’s why we won a championship in 2006.

After college, I took my backup quarterback expertise into the NFL for a brief stint with the Philadelphia Eagles, but I soon made the transition into business. I immediately saw the parallels between my athletic experience and skill set and what was required for success in the professional world.

Today I work in private equity and private equity fund management and I invest in teams and leaders who have already established themselves. I go out and I find great teams, great businesses that have a lot of really good things going on, but that aren’t the biggest company in the world, yet. I invest capital and resources and join that team that already has its starting quarterback, has its coach, has a couple of really good players, but doesn’t have a full roster yet. 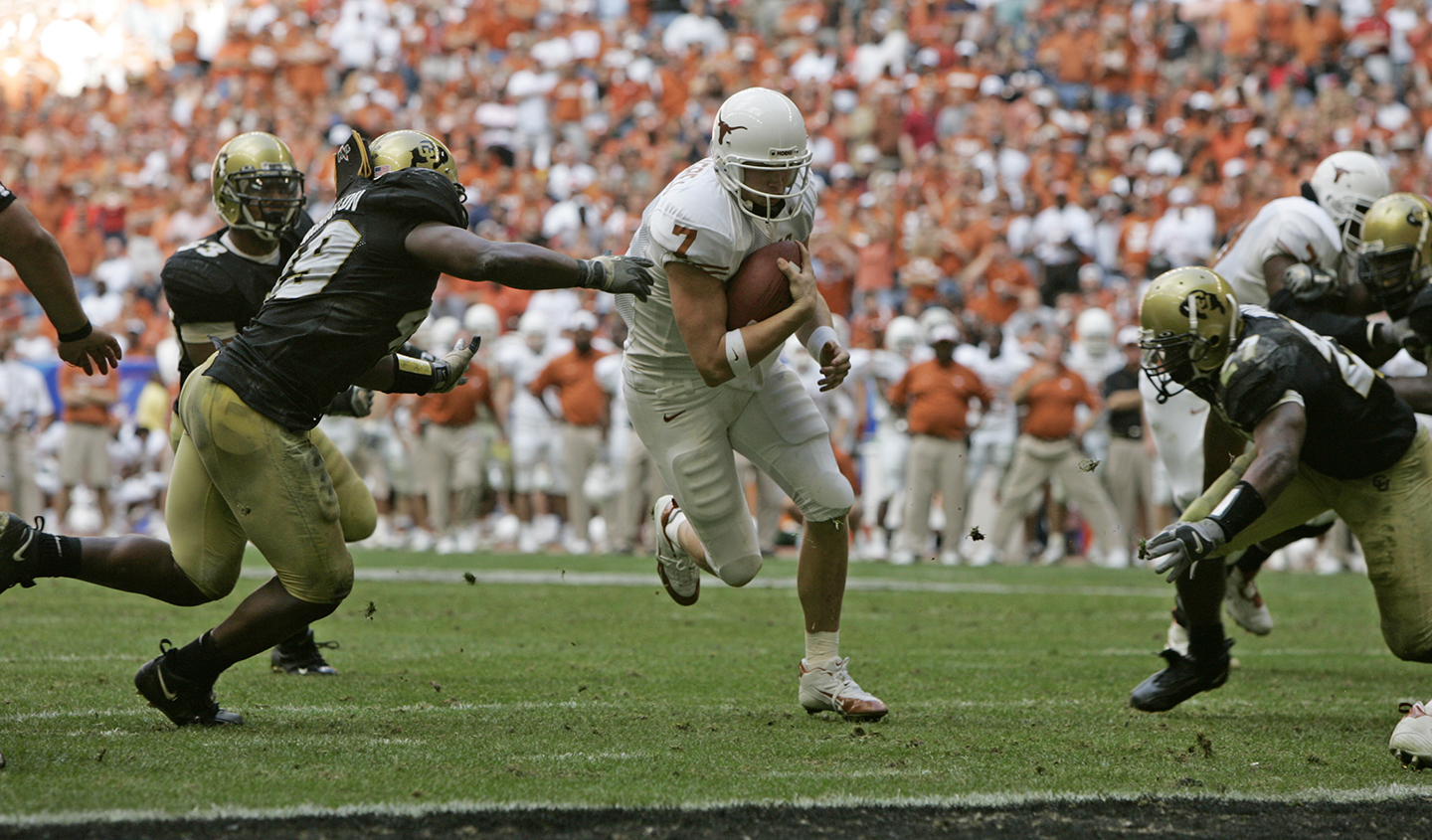 I sneak in there and invest in them, and we make the team better, we solve a few more problems, and then ultimately we win the championship–we all sell the business and everybody does extremely well.

When I invest in companies, I always use this same analogy. I tell them, “I’m not trying to be your starting quarterback.” In fact, I have my jerseys from Philadelphia and Texas on my wall, and I like to point out the fact that they are perfectly clean, not a single fleck of dirt on them.

“Listen,” I say, “I’m not trying to replace you. You have something really great going on right now. But I can help you win, I can help you be better.”

Some people have a more entrepreneurial spirit. It’s probably more difficult for someone who has been a starter their whole life to go play the backup quarterback on a business team. He or she may want to be an entrepreneur or invest in a company in seed stage or angel stage.

When you’re on a high-caliber team in business, family, sports, there is always someone who ends up being your Michael Jordan, your Lebron James, your Vince Young, or your Bill Gates, your Warren Buffett.

But what’s interesting, is to think about leadership not just in terms of that person. There are lots of people who can lead. Everybody can be a leader in their own way, and I hope my story resonates with people that don’t feel like they’re the most obvious fit to be that star player, that CEO.

Ultimately, if you focus on being truthful, honest, and hardworking and try to find great people to be around and you care about them and are able to be a leader on a great team, you can be extremely successful. It’s worked for me, and never, ever, ever, have I done it as the starting quarterback.