“The Eyes of Texas are upon you, all the livelong day.” The first time I heard that line, it sounded like a threat, more like the stern look of a professor during a test than starry-eyed kids meeting their idols. I couldn’t have been more wrong.

When I came to Texas, it was supposed to be a quick stop rather than the final destination. The plan was to do an exchange semester, train with the best decathlete in the world, figure out the secret sauce and return to Germany. When I arrived on campus, burnt orange was just the color of my jersey. The next four years turned out to be the most intense and defining period of my life.

Here is what I learned about being a Longhorn and how the experience has shaped my life outside of sports. 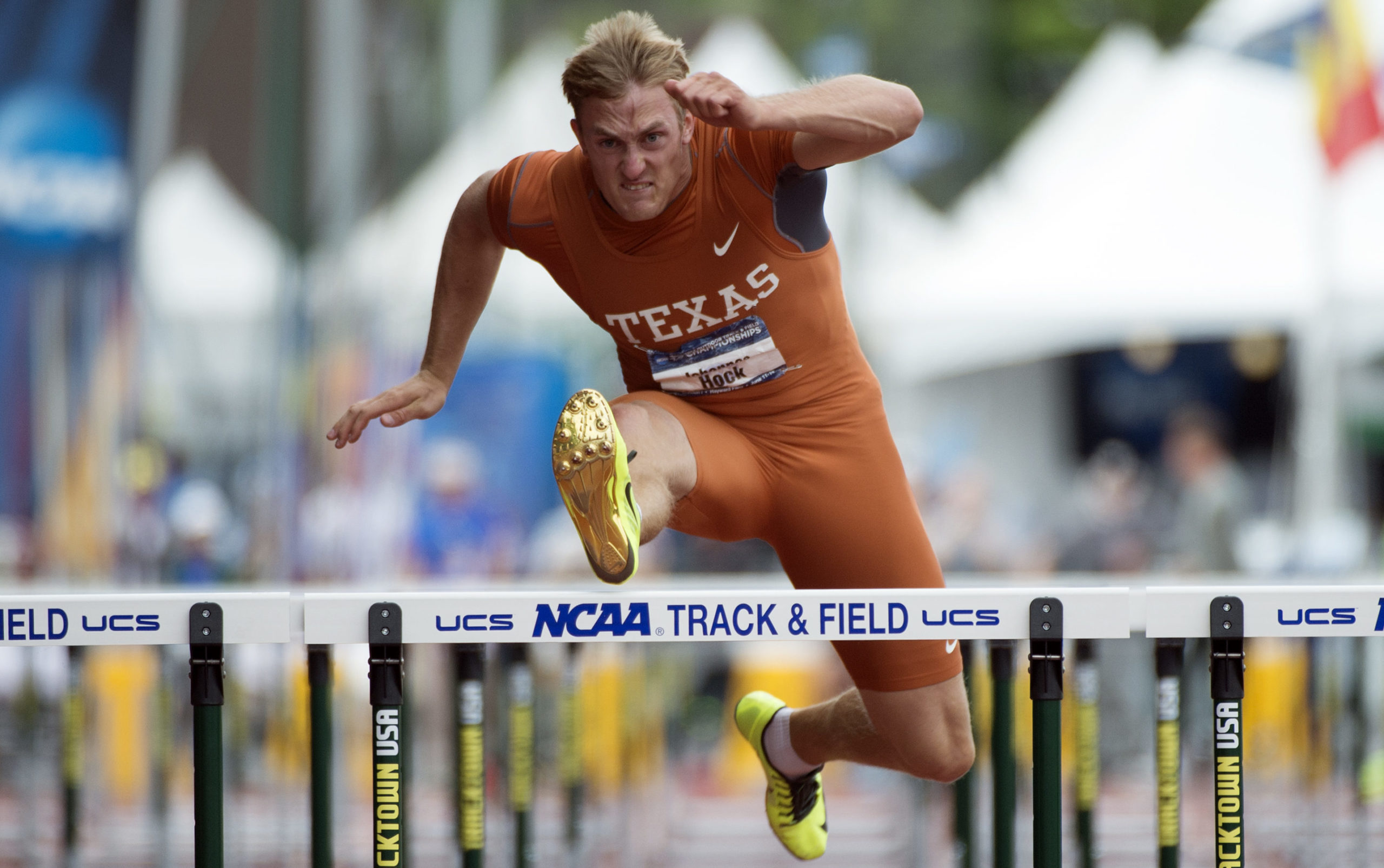 Being a student athlete is all about the team: team scores, team rankings, team championships. To a certain degree, you are just a gear in the team machine. Especially in sports with small audiences, you can feel replaceable. But no matter if there is one spectator in the audience or 100,000, the example you set with your behavior matters and this is where you leave your personal legacy.

Texas Relays is the pinnacle of Texas track and field. On Saturday and Sunday night, the stadium is packed with over 20,000 fans. The decathlon, however, takes place on Thursday and Friday morning and oftentimes coaches and athletes are the only ones there.

On the morning of the second day of Texas Relays my sophomore year, we were warming up for the hurdles. A father with his two little kids was standing right behind the rail of the starting blocks. As I took off my sweats to get ready for the race, one of the kids reached his fist over the rail. When I went back and gave him the fist bump he was hoping for, a big smile broke out on his face and he jumped in exhilaration.

Whether it is one kid or or thousand, when you wear burnt orange, you set the standard for the next generation. Use that opportunity to be a role model. The starry eyes of some little kid are upon you, all the livelong day.

2. Finish no matter what.

As athletes, we have high expectations and are often our own worst critics. The decathlon is a long two-day competition, and when the first events go badly, your chances for winning are already ruined and there is often little hope of recovery. Quitting instead of suffering through another day of disappointment is a sweet temptation, but the audience doesn’t only see scores. What they judge and recognize is effort.

My toughest decathlon was the Big 12 championships my junior year. in the weeks leading up, my body had not felt normal, and afterwards, I found out I had mono. From the first step in the 100m, it felt like I was carrying an extra 50 pounds. The mental challenge at that point is trying to give 100 percent to even get 80 percent of your normal performance, while everybody else runs at full capacity.

I ended up winning by a small margin, but my score was horrible by my standards. After the competition, a fan from another university came up to me and told me this was the best performance he had ever seen from me. He had seen the dominating wins of the previous years, but to him withstanding the mental challenge of competing in my compromised shape was a lot more admirable.

Your attitude also sets a standard for your teammates. Just like one bad apple ruins the bunch, if you slack off, you make it acceptable for your teammates to do so as well. Finish no matter what because you are remembered for your efforts even more than your results and attitude can carry a team.

In my first season at Texas, it seemed like nothing could go wrong. I won indoor and outdoor Big 12 titles and followed that up with an NCAA championship. When you’re on a roll, it is easy to lose humbleness and respect towards teammates, coaches, media and especially opponents. But your college, or professional, career, and your life outside of sports, will never be all highs. People will treat you at your low like your treated them at your high. The reputation you build during your college career defines how these people remember you after the last race is over. You will be surprised how many of them you meet again later in life.

I am about to start a new job that I was referred to by a former competitor of mine. Staying humble pays off.

Maintaining character and integrity throughout the ups and downs of the student athlete career is a great challenge. But you will be happy you walked the extra mile when you walk across the stage and you can be forever proud to be a true Longhorn.

Johannes Hock was a member of the University of Texas track and field team from 2013 to 2015. In 2013, he won the NCAA Decathlon title, the first true freshman to do so since 1977. A native of Cologne, Germany, Hock holds a bachelor’s of kinesiology and exercise science and a master’s in finance from UT. Recently, he started a new job as a leveraged finance analyst at JP Morgan Chase in Dallas.