I arrived at the 2008 Olympics in Beijing on Cloud 9, ready to rock and roll. I was 24 years old, the collegiate record holder in the decathlon and had just finished second at the Olympic trials with one of the best scores in the world.

After the first five events I was in third place, feeling pretty good, but something happened in the pole vault. I missed the first attempt. Then the second. Then my last chance, the third.

I just laid on the mat in shock, wondering how this could have happened.

Without hope of earning a medal, I withdrew. Furious, confused and sad, I sat under the stadium and cried for a long time. I couldn’t even have told you exactly what I was crying about. It was a heartsick, terrible feeling.

Everything came down like a truck on my shoulders. My family had made the trip to China, and I had let them down. My coaches, the people back in my hometown in Alabama, my teammates, friends, and mentors at the University of Texas. I thought about all of them. The entire last year of training and preparation flashed before my eyes.

Track and field is a sport that requires accountability. You have a score tied to your name and there’s nowhere to hide. Everything you get from the sport of track and field is an exact function of what you put in. You can’t tell people you did the work and then just go hide behind a ref making a bad call. 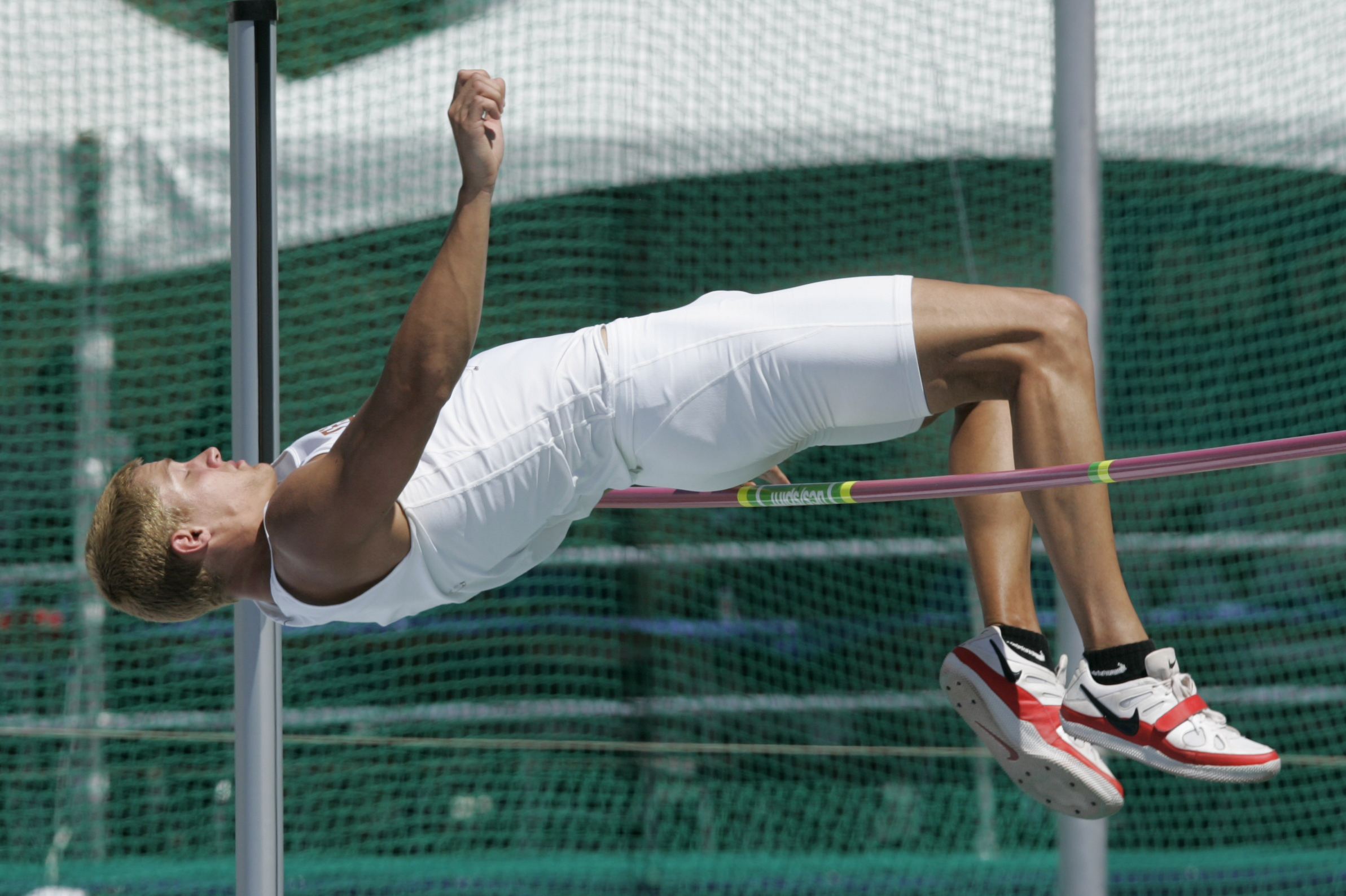 I love that about this sport. Growing up, I won and lost baseball, basketball, soccer and football games based on a referee’s decision or a teammate’s mistake, and I’m sure my mistakes lost games for my team.

In Beijing, I was completely blindsided by the enormity of the stage and the level of competition. It was my first time out of the country. My first time competing in a major international meet. I failed because I was underprepared, mentally and physically.

When I got home to Austin, I had a come-to-Jesus moment. My coaches Bubba Thornton and Mario Sategna called me into their offices at the University of Texas and they put it to me.

“Is this really what you want to do?” they asked.

Mario and Bubba told me to take some time to think things over and come back to see them in three weeks, but by that night I knew the answers to their question. I knew what I was going to do.

Beijing gave me a taste of the level of competition on the world stage, and I knew I could compete. But I had work to do.

I did every single thing I could do while the sun was up to right the ship. I needed to make sure I was putting in the time and not skipping any part of it. I had to ask myself why. Why am I doing this? Why am I not doing that?

Every little detail became important. The warming up, the intention of each action. I wrote everything down. I started running my life like a business and making sure I was keeping track of every single thing that I was doing–reps, sleep, recovery, nutrition.

In particular, I focused on mental preparation, because a big part of my failure in 2008 was mental. I visualized every possible contingency before an event, whether that was a false start, a head wind, rain, knee pain, untied shoelace. I ran that mental practice 10 times a day every day for the weeks leading up to each competition so that when the day came, I had already done it. In my head I had already run a perfect race, all I needed was for the gun to go off so I could go do it. 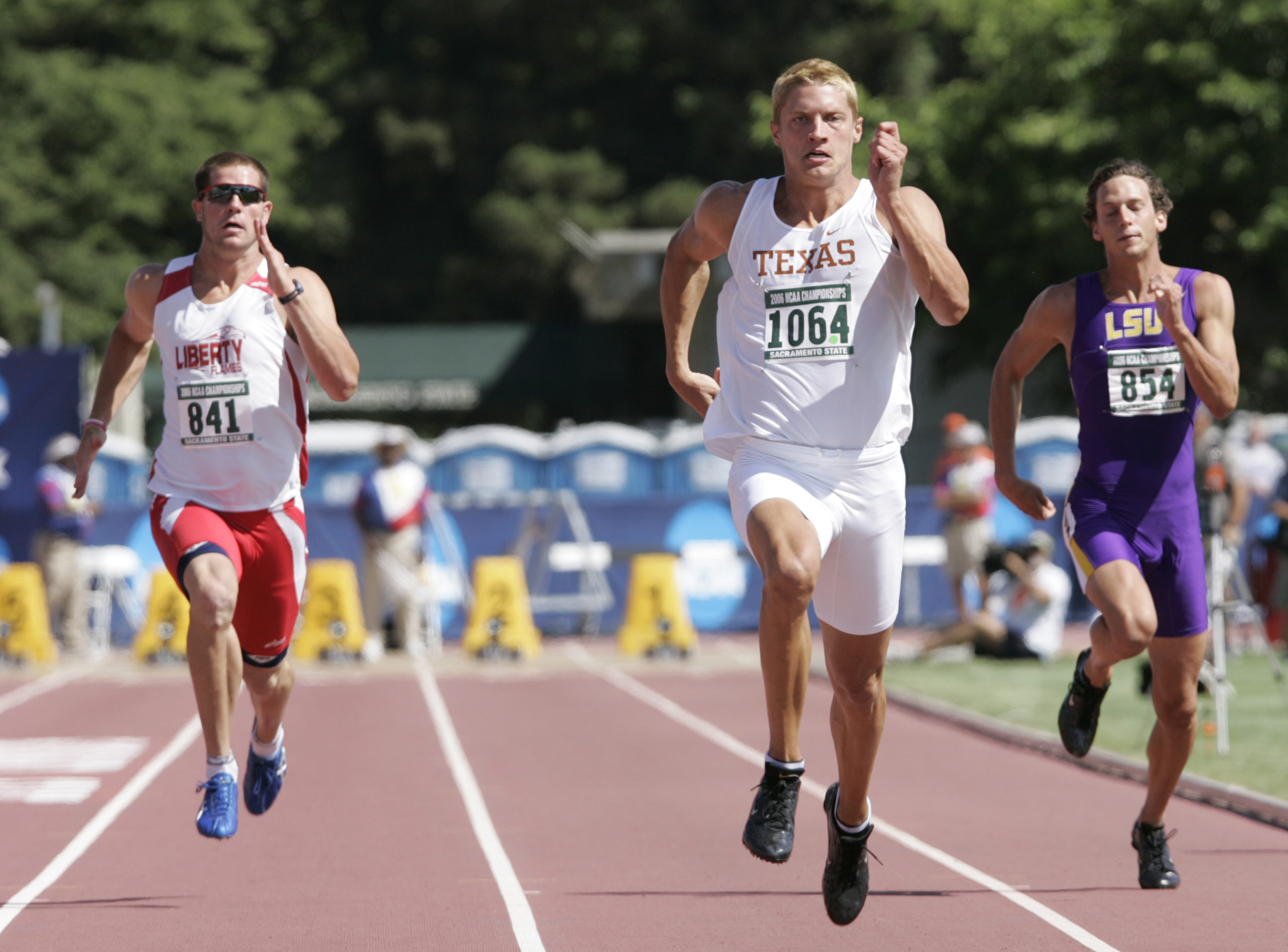 My first few meets in 2009, I didn’t score very high, and I asked myself what I was doing all this work for. I was putting in more hours. I was spending my modest, hard-earned income on physiotherapists, more expensive high-quality food, and traveling to every possible meet in order to sharpen up. I spent more than three times what I was getting for my sponsors. If this new training regime didn’t pan out in the next year, it wasn’t sustainable.

Finally a year after the Beijing Olympics, it clicked. At the 2009 World Championships in Berlin, I rattled off a really great meet. I set a couple of new personal records and won the meet, posting a score that made me the third highest-performing American in history.

It was the validation of everything my coaches and I had decided to cut out and everything we had added into my program, into my life–the sacrifices I was making. For the next three years, outside of taking time to recover from a complete elbow reconstruction in 2011, I was the best decathlete in the world.

Something that was key for me in this pivotal period in my career was learning the difference between perfection and mastery.

Mastery is about the quest and the journey. Really loving failing because you’re going to learn a lot more from that than you will winning. Really enjoying the doldrums and the long days, the plateaus where you don’t see a PR in a year, or two years, or five. I PR’ed in the pole vault 10 years apart.

It might be cliche, but the grind. You just show up every day and love the work.

For me, it wasn’t this quest for perfection. It was a quest that was just a quest with no end in sight. No one has ever had a perfect decathlon, but that was the fun part and the addictive part of the journey was trying.