Match point of the USA Volleyball Open National Championships final was epic. It was the fifth set, and we, Team Dream, led the Hoosier Exterminators of Indiana 14-10.

The Exterminators served. Our setter Chloe Collins dished the ball to Khat Bell on the right side. The other team barely dug her and sent it over on one, so Chloe set Khat again on the free ball. The Hoosiers managed to keep it on their side and set their opposite. Her swing tipped off our block and soared high in the air down the line and libero Sha’Dare McNeal just barely got a touch on it, jumping up and extending her arm as high as she could. I slid out the back of the court to get a second touch and keep it alive and Chloe sent the ball over the net.

When the Hoosiers set their opposite a second time, she bombed it in the net.

Chloe immediately dropped to her knees. Middle Jenelle Jordan threw her arms in the air, and Khat made two fists and screamed with excitement. Outside Erin Fairs took a victory lap, her arms extended like airplane wings. We all dog piled in the middle of the court, excited, proud, and overwhelmed.

But this win was different.

We didn’t form the team aiming to make a statement. Khat and I got together in the spring to put together a team for nationals. As we started listing names of girls we wanted to ask to play, I was like, “You know what’s weird, all of us are black.”

The movie Black Panther had just come out, and I remembered seeing this video of two young black boys standing outside the movie theater, pointing at the Black Panther poster and saying, “I’m this one!”

That really struck a chord with me.

Growing up in Iowa, I never had a role model in the sport of volleyball that looked like me. Most of the time, I was the only non-white kid on my team, on the court, in the gym.

People would always ask me, “Why aren’t you playing basketball?” Because that’s what black kids did in Iowa, they played basketball or ran track.

And this isn’t just an Iowa issue. In the 2014-15 season, only 13.92 percent of NCAA women’s volleyball players were African-American. 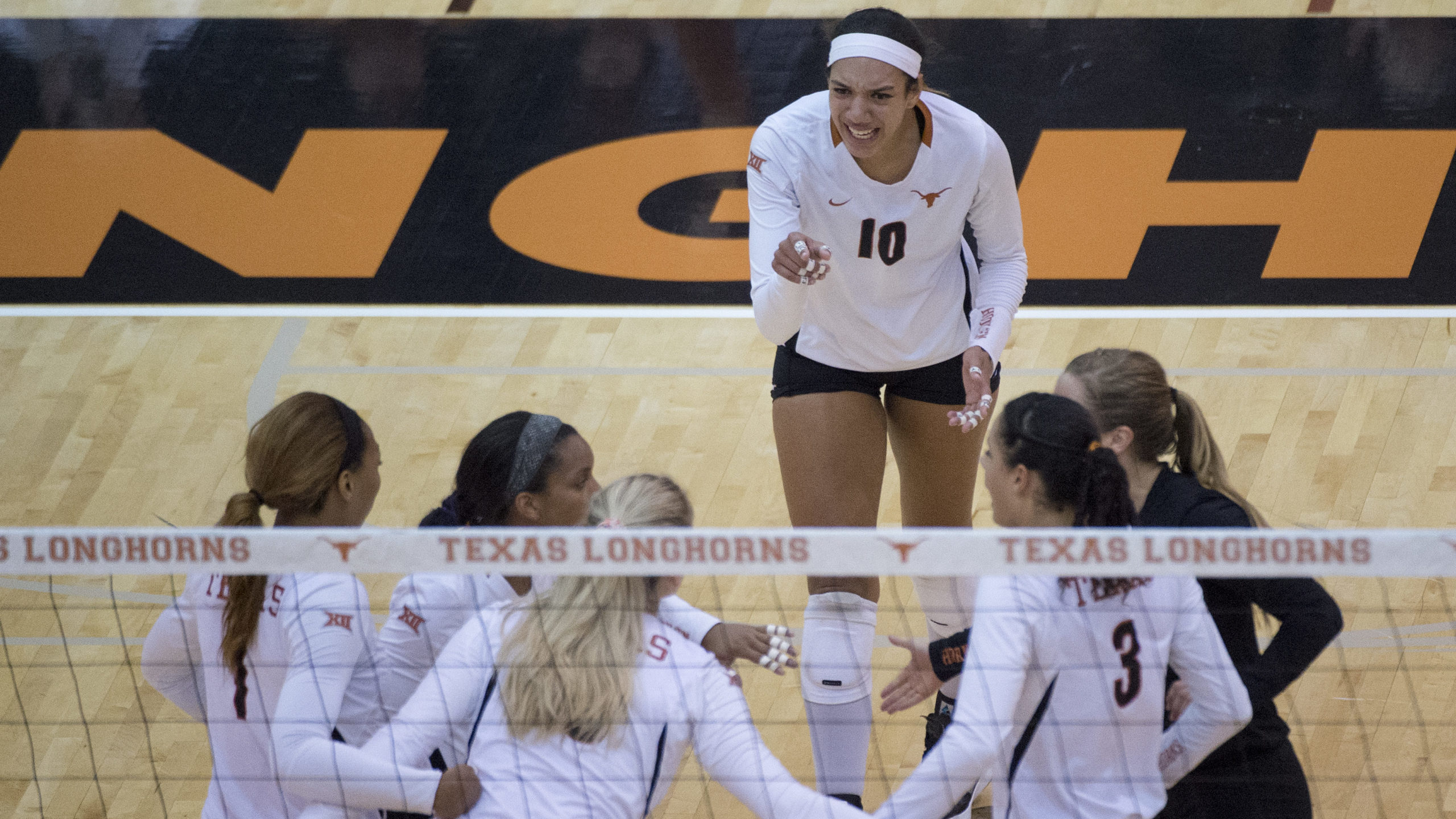 The reasons black girls don’t typically play volleyball are varied and complex. A lot of it has to do with money. To be really competitive in the sport and earn a scholarship requires investing in club teams and travel and gym time. You can’t just get a basketball and go out to the local park to work on your shot by yourself. You can’t just go for a run at the high school track.

But somehow, the 12 of us overcame those challenges and found success and confidence and opportunity in this sport, and we wanted to make sure other little girls have that same chance.

We dubbed our squad “Team Dream” and set out to showcase a group of successful, athletic black women and to inspire young, black, female athletes to pick up a volleyball.

Our team was all black, but we’re all very different. We come from all over the country. Some of us have curly hair, some straight, some wear waves or braids. Our volleyball pedigrees are mixed, too. Khat, Chloe, Sha’Dare and I all went to Texas and played in national championship matches and final fours. But some of the other girls on the team chose mid-major schools, like Louisiana Lafayette and North Texas.

That variety of looks and volleyball experience and personality is huge when you’re looking for role models. It’s who looks like me? Who acts like me? Who has the same hair texture? Who is tall like me? Who went to my dream school?

Our team got a lot of attention. USA Volleyball and the Des Moines Register wrote articles, and the local Dallas news aired the clip of our championship point. A lot of the response was positive, but there were definitely haters.

One response I got over and over again was, “Why does it have to be about race?”

I think if we would have lost, no one would have said anything. But because we went undefeated and won the whole thing, that’s when they didn’t like it.

People don’t want to see the problem. They don’t want to have that in their face that there is a lack of African-Americans playing volleyball. We want people to feel uncomfortable with the situation. We wanted to create a conversation about it.

A lot of people have asked me if I will do things differently next year, because of the negative responses. And my answer is, no. All 12 of us are coming back. We’re already preparing. We’re looking for sponsors, we’re training, we’re planning camps and clinics with local teams in Columbus, Ohio, where the 2019 championship is being held.

That was the most fun I’ve had playing volleyball, ever. Team Dream danced during timeouts, constantly cracked jokes, bonded during breaks. I don’t care if we win again next year, although we’re definitely good enough to, I just want to continue to showcase a group of 12 black girls who have fun playing volleyball.